'I think there will need to be some legislation involved,' says the senator. 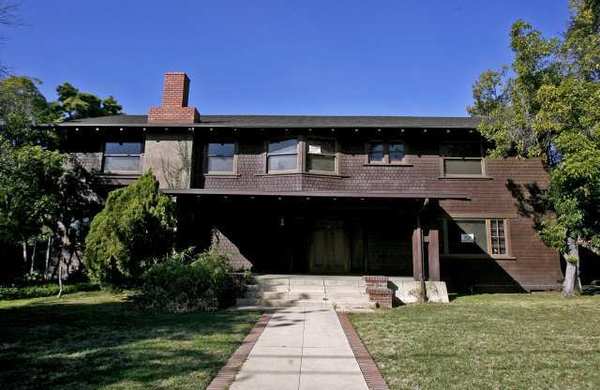 A home owned by Caltrans at 1199 So. Pasadena Ave. in Pasadena is vacant, on Thursday, February 23, 2012. Caltrans bought homes in the area in the 50's to 70's to make way for the 710 Freeway extension into Pasadena. (Raul Roa/Staff Photographer) (Raul Roa / Staff Photographer)


Conditions in the 710 gap are slow and go, as Gov. Jerry Brown last week vetoed a bill that would have forced the California Department of Transportation to quickly sell some of the nearly 500 properties it owns in Los Angeles, South Pasadena and Pasadena.

In his veto message, Brown said he is working to find a solution in the so-called 710 gap, where transportation officials are studying a 4.5-mile tunnel that would connect the Long Beach (710) Freeway and the Foothill (210) Freeway even as local leaders and residents raise alarms about the proposal.

State Sen. Carol Liu (D-La Cañada Flintridge), who wrote the measure, said she is likely to introduce another measure to push sale of the properties next year.

“I think there will need to be some legislation involved,” she said. “We're going to talk to our locals and see how far we can get.”

Liu's measure would have required Caltrans to begin selling homes it acquired decades ago in preparation for constructing an extension to the 710 freeway. An August audit by the state showed that Caltrans has been a poor steward of those properties, failing to collect market-rate rents or adequately oversee repairs to the homes. The audit called on Caltrans to transfer management of the properties to local cities, whose officials are cool to the idea, or to let a private firm to take over.

Caltrans officials, who lobbied the governor to veto the bill, said it is too early to sell the homes because a Los Angeles County Metropolitan Transportation Authority study of what to build in the 710 gap will not be complete until 2014. The agency is not sure what properties it eventually will need.

In his veto message, the governor agreed with Caltrans that the bill is premature.

In his message Brown said Caltrans will offer a response to the audit in November, and said the governor's office is committed to finding “a solution to the longstanding controversies over closing the 710 freeway gap.”

In August MTA officials winnowed the list of alternatives for the 710 to just a 4.5-mile tunnel, light rail, bus lines and street improvements.

Idea that were tossed out included building a freeway extending the 710 to the Glendale (2) Freeway or one along Avenue 64 from the 710 to the Ventura (134) Freeway.

“Caltrans is committed to working with the author of the bill on the property management issues with regard to the 710 freeway gap project,” Markham said.

Liu said she was awaiting Caltrans' reaction to the audit, and that her office is helping facilitate meetings between Caltrans and its tenants.

“Hopefully [Caltrans] will have an adequate response to the audit and we'll move forward from there,” Liu said. “We're disappointed, but it isn't over until it's over.”

NO one likes uncertainty, but unfortunately uncertainty is the best that can be offered at this point to the question of the day in Pasadena. It relates to the 60-year controversy about the 710 Freeway, which would extend the 710 from its existing northern terminus near Alhambra through El Sereno, South Pasadena and southwest Pasadena to the 210 Freeway in Old Pasadena.

The question is whether Measure A, a ballot measure approved by the voters in 2001, prohibits the Pasadena City Council today from expressing opposition to an alternative to the 710 freeway connection on the surface, which would involve an underground tunnel 100-150 feet below ground. The tunnel would have a length of approximately 4.5 miles and cost the taxpayers at least $4-$8 billion.

It should be noted that individual council members are free to express opposition to the tunnel concept, since personal statements do not represent official action by the city. One member of the City Council has recently declared such opposition, noting that in his view, Measure A does not prohibit such action. He also is of the view the Council is free to take an official position in opposition.

When Measure A went to the voters more than 10 years ago, the only project under consideration was a traditional freeway that would require demolition or removal of more than 500 homes, and thousands of trees, in the path of the construction. Caltrans had committed that there would be no trucks using the freeway, based on the noise and air pollution. The voters approved this ballot proposition, but a few years later it became clear that the surface freeway would never be built.


State and county transportation authorities have talked about a tunnel as an alternative to the surface project, and this tunnel concept is currently the subject of environmental studies being conducted by the Los Angeles County Transportation Authority (Metro). It is also the subject of a huge public controversy.

Members of the community are calling for the City Council to adopt a resolution opposing the tunnel.

But Measure A creates uncertainty whether the Council is free to take such action. In the pertinent part, Measure A declares "... the policy of the City of Pasadena to be in favor of completing the 710 freeway extension between the I-210 and the I-10 Freeways." Does the phrase, "the 710 freeway extension" include a tunnel alternative that connects the I-210 with the I-10?

In interpreting Measure A, there is some clarity. The Council is clearly prohibited from adopting a resolution opposing the surface freeway that was discussed in 2001 when Measure A was adopted. But, as noted, that concept has been dropped. In contrast, the Council is clearly free - and in fact it has taken such action - to oppose a freeway extension that would connect the 10 freeway near Alhambra with the route 134 freeway in west Pasadena. Legally, connecting the 10 with the 134 is simply different from connecting the 10 with the 210. But the tunnel alternative is uncertain.

I am confident no council member has any inclination to take action inconsistent with the will of the voters. To resolve Measure A's uncertainty, the Council has requested a legal examination of the question and early legal advice.

The Council's position on the tunnel is an important question, and the political call for making a decision has been extremely strong. The Council is expected to pursue the matter in public session in the weeks ahead.

On an individual basis, I have opposed the surface freeway more than 30 years ago, since first examining its implications for our community and its ravaging effect on southwest Pasadena. My review of the tunnel alternative leads me to conclude that the negative impact on southwest Pasadena and our region, though different in certain respects, is a huge and lasting setback for Pasadena's quality of life. That's why I am anxious to resolve the uncertainty about Measure A and allow the Council, after further study, to take an official position.

Bill Bogaard is the mayor of Pasadena.
A letter from the