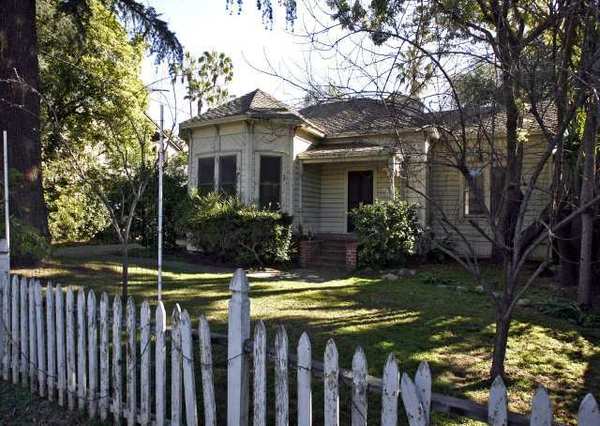 Home owned by Caltrans at 1200 So. Pasadena Ave. in Pasadena. Caltrans bought homes in the area in the 50's to 70's to make way for the 710 Freeway extension into Pasadena.


The state transportation agency bought the properties up to six decades earlier in preparation for the potential connection of the Long Beach (710) Freeway from its current terminus in Alhambra to Pasadena.

The Los Angeles County Metropolitan Transportation Authority’s report on the five remaining alternatives for closing that gap will be finalized this month, allowing Caltrans to identify surplus homes.

The study identified the five primary alternatives that will be evaluated in an environmental impact report: light rail transit, bus rapid transit, transportation system management, a freeway tunnel and a no-build option.

Lauren Wonder, spokeswoman for Caltrans, said 17 homes have been identified as surplus, but there is no timeline for putting them on the market.

In the meantime, the agency informed tenants in 350 homes last month that their rent will increase by 10% on March 1, while rents at 210 residences will remain the same.

Suzanne Reed, chief of staff for State Sen. Carol Liu (D-La Cañada Flintridge), said the senator continues to believe that the best outcome for the properties is selling them.

Liu put forth legislation last year that would have required Caltrans to sell any homes it no longer needed, but Gov. Jerry Brown vetoed the bill.

Because the homes were originally acquired in anticipation of a surface freeway, which is no longer being considered, at least some of the homes should be identified for sale, Reed said.

Reed said if Caltrans is sincerely ready to put homes on the market, Liu would look at proposing legislation to amend the Roberti Bill, which sets the conditions under which Caltrans can sell the homes and offers some current tenants the first chance to buy.

The bill requires that Caltrans provide repairs required by lenders and government housing assistance programs. Reed said Liu was looking at an amendment that would allow Caltrans to forgo these repairs and dock the sale price accordingly.

“It would be legislation that fulfills the needs of everybody,” Reed said. “It facilitates the expeditious sale of the property … instead of asking Caltrans to fix them up with money they just don’t have.”

Christopher Sutton, an attorney for the Caltrans Tenants Assn., said he doesn’t expect the homes to be sold any time soon, as the state agency is intentionally delaying a sale to drive up prices and push his clients out.

“The goal is vacancies; the goal has always been vacancies,” Sutton said. “Caltrans doesn’t want to be accused of setting low rates, but they get no criticism for vacancies … Caltrans is biased toward vacancies, and allowing historic properties to deteriorate to nothing.”
Newer Post Older Post Home