Taxes or gasoline: What drives up cost of driving in California? 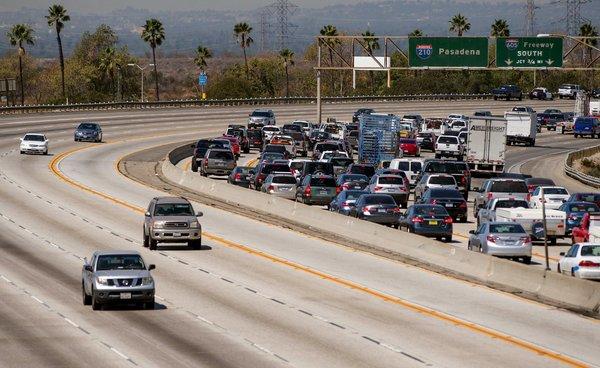 California has the second-highest driving costs in the nation, according to Bankrate.com.


Taxes, not gasoline prices, are the reason California is the state with the second-highest cost for operating a car, Bankrate.com contends.

Californians pay an average $1,809 in taxes and fees for their cars, the financial website said. That’s almost double the national average of $1,058.

Drivers here pay an average of $980 for gasoline, slightly below the $1,028 average.

That may sound odd considering pump prices in California are among the highest in the nation, but Bankrate cites federal data that show residents here drive fewer miles than the national average. Californians drive about 8,600 miles per capita compared with the national average of 9,600, according to the Department of Transportation.

PHOTOS: The 10 cheapest cars that get 35 mpg or better.

Georgia, at $4,233, has the highest annual cost of motor vehicle operation; Oregon at $2,698 is the least expensive. Oregonians benefit from the absence of a state sales tax as well as relatively low car insurance costs, Bankrate said.