Los Angeles approved a residential tower without a fault review. But an MTA study suggests the site might lie over an active fault. 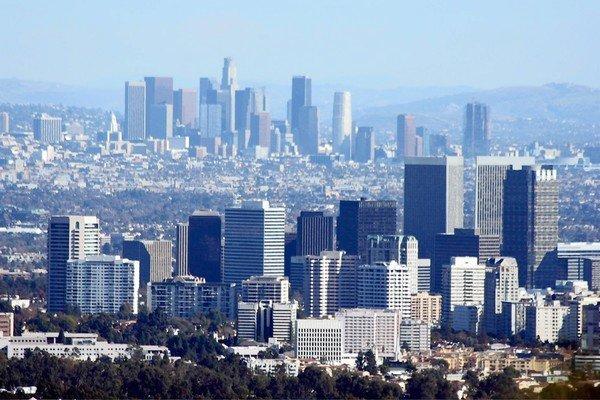 The Santa Monica fault runs about 25 miles from the Pacific Ocean to Century City, foreground, and is considered active by the state.

When Los Angeles officials approved plans for a 39-story luxury residential tower in Century City, they declared the site suitable for development without a review of underground earthquake faults.


Not long after, the Metropolitan Transportation Authority examined the area as the site for a subway station. It was alarmed at what it found: an earthquake fault running below Santa Monica Boulevard. The MTA concluded that the area was too hazardous for the subway station.

The agency's research also shows a strand of the Santa Monica fault runs underneath the tower property.

Responding to questions from The Times about the site, the city acknowledged Tuesday that it did not require a fault investigation before the City Council approved the tower in 2009. Such a study would determine definitively whether the fault is actually below the proposed tower.

City Planning Director Michael LoGrande said in a statement "there may be new fault information revealed by other more recent nearby projects" that could prompt the city to require a fault study before the developer is given construction permits.

Experts say structures built on top of faults can be torn in two during a large earthquake as the ground splits. Los Angeles is sliced by multiple active fault lines. The Santa Monica fault, which runs about 25 miles from the Pacific Ocean to Century City, is considered active by the state. Seismologists believe it is capable of producing an earthquake greater than magnitude 7.0.

But California has not yet drawn the fault on its regulatory map. As a result, the Century City property is not covered by the state's building ban known as the Alquist-Priolo Earthquake Fault Zoning Act.

The city is already facing criticism over its decision to approve several developments in Hollywood without having required detailed fault studies despite their proximity to the Hollywood fault. Like the Santa Monica fault, state officials say the Hollywood fault is active and should be covered by the zoning law.
Westfield, which is building the tower, is taking steps to resume the project, which had stalled during the recession. A Westfield spokeswoman, Catharine Dickey, said in an email that the company hired a firm to conduct a detailed seismic evaluation now underway. She declined to say when the seismic study began or when it will be completed.
In a 2008 geology report filed by Westfield, the company said it relied on geological information available at that time and found "no active or potentially active faults located on the project site."
"Therefore, the proposed project would not result in substantial damage," the report said, "or expose people to substantial risk of injury."
Geologists said they were puzzled about why neither the city nor the developer paid more attention to the Santa Monica fault. Seismic experts have known about the fault and its approximate location for decades.
In fact, Santa Monica Boulevard follows the path of ancient earthquakes that left a smooth path for the Red Car trolley line that once ran along it, according to USC earth sciences professor James Dolan.
Experts said careful digging is necessary to determine exactly where the fault runs and whether its path actually compromises the footprint of the proposed Westfield tower. The MTA's maps of earthquake faulting in Century City are the most extensive to be published. But experts said simply relying on the report to determine the fault location is not enough, they said.
Dolan, a leading expert on the Santa Monica fault and a consultant for the MTA's fault study, said the cost of building a large project is so high that basic seismic research makes sense.
"This is a relatively minor expense, just for the peace of mind of knowing that your building isn't on the fault," he said. "It's imperative that they do detailed subsurface investigation to determine where the fault is and where the fault isn't."
The MTA's study of Century City cost $4 million and was extensive. Geologists for the transit agency performed a kind of underground sonar, extracted 56 soil borings and performed 192 tests that push a sensor into the ground, said geologist Martin Hudson, an MTA consultant.
The seismic experts confirmed that this area of Century City is in the middle of a complex zone of earthquake faults. In addition to the Santa Monica fault, to the east is an extension of the Newport-Inglewood fault, which produced the devastating 1933 Long Beach earthquake.
Quake safety concerns prompted the MTA to move its proposed subway station south, to Constellation Boulevard, where officials said there was no evidence of earthquake faults.