We Paid $250,000 for a General Plan EIR, and All We Got Was This Lousy Scoping Meeting 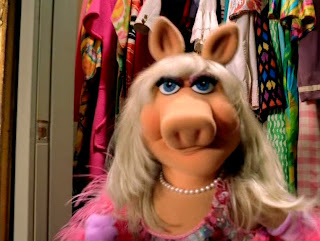 It appears that Mayor Nancy Walsh never did make good on her threat to "take out" the General Plan Update Steering Committee, though there was a generous ration of stink eye involved. And as we all know, the stink eye can never lie. Or something like that.

However, there is still the gloriously emergent Environmental Impact Statement (or EIR) to the General Plan, which apparently will be a documented declaration about how much (or little) the existence of the City of Sierra Madre threatens both the planetary balance of nature and man's continued existence here upon it. Or at least our three square miles of the Earth. What is going on with the rest of this place involving a few million other EIRs, I suppose. You can only wonder who has the time to read them all, and what possible conclusions they might draw from that experience.

But before our very own special EIR can emerge from whatever computer program packed with the handy preordained conclusions this quarter of a million dollar consultant may have in store for us, the various parties with a stake in the final product will need their chance to try and muscle in on the action. You know, like the guys who want the General Plan's EIR to state that the small place we live in can comfortably cram in yet another 15,000 or so people. Or even better, the vast amounts of highly profitable, though quite densely packed, development to house them all.

The law explicitly states that they do have to get their chance. Along with a lot of other similarly focused parties. According to Sacramento everyone deserves the opportunity to make their environmental impact, along with a lot of statements as well. And trust me, some of them never do shut up about it.

The prepared occasion for this running of the bull has now been announced by the City of Sierra Madre. There will be what is termed a "Scoping Meeting" on October 15 in City Council Chambers, but also an entire month to submit your two cents electronically (or by regular mail) as well. Those dates being September 23, 2013 to October 23, 2013.

Here are the topics. Perhaps you might wish to submit something environmentally impactful?

Population and housing is the one most will truly be concerned about, though a few will attempt to somehow connect transportation and traffic to that as well. Trust me, it is a loaded issue. It involves saving the world, or so a few only slightly off kilter EENER types might claim.

For those of you who enjoy high density California-style planner jargon, check out this paragraph from the "Notice of Preparation" (or NOP) for our upcoming circus of the absurd:

The purpose of this notice is (1) to serve as a Notice of Preparation (NOP) of an EIR pursuant to the CEQA Guidelines Section 15082, (2) to advise and solicit comments and suggestions regarding the scope and content of the EIR to be prepared for the proposed project, and (3) to notice the public scoping meeting. The City, as Lead Agency, respectfully requests that any responsible or trustee agency responding to this notice respond in a manner consistent with State CEQA Guidelines Section 15082(b). We need to know the views of your agency as to the scope and content of the environmental information that is germane to your agency's statutory responsibilities in connection with the proposed project. Comments and suggestions should, at a minimum, identify the significant environmental issues, reasonable alternatives, and mitigation measures that should be explored in the EIR, in addition to whether the responding agency will be a responsible or trustee agency for the proposed project, and any related issues raised by interested parties other than potential responsible or trustee agencies, including interested or affected members of the public. The final scope of the EIR will be based in part on comments received on this NOP.

You are going to want to be there. Look at it as noir humor. Void where prohibited by law.