Caltrans told to sell homes along route of 710 gap

Gov. Jerry Brown signs bill calling for 'as is' sale of nearly 500 properties. 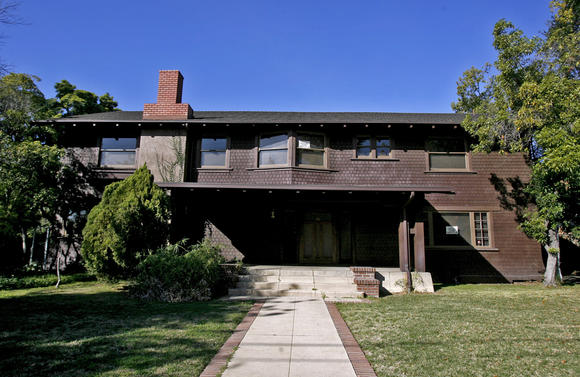 The California Department of Transportation must quickly sell some of the nearly 500 properties it owns in Los Angeles, South Pasadena and Pasadena, according to a bill by Sen. Carol Liu (D-La Cañada Flintridge), which was signed into law Tuesday by Gov. Jerry Brown.

The homes are located in the so-called 710 gap, where transportation officials are studying a 4.5-mile tunnel that would connect the Long Beach (710) and Foothill (210) freeways.

The bill adds a change to existing law so that the homes may be sold “as is,” at prices set according to their condition, as opposed to having to be repaired and sold at market value.

Almost 400 homes are occupied by tenants, but many others remain vacant and in disrepair, according to a statement released by Liu's office.

“It is really a recognition from Caltrans that they really do not want to be in the rental business,” Liu said via phone on Wednesday. “Based on whatever the house is worth, somebody can buy it, as-is, and we'll get Caltrans out from under the obligation of having to maintain the house.”

The bill also states the current tenants of the homes will get the first chance to purchase them.

Lauren Wonder, public information officer for Caltrans, said specifics about the home sales will be announced in the future.

“We will know how many properties will become surplus and subject to sale once a project is determined,” she said. “We are seeking approval of regulations that would govern how the properties would then be sold.”

The properties were acquired by Caltrans over the past several decades in anticipation of the possible construction of a surface freeway to close the gap between the 710 and 210 freeways.

The new law also states that the surface freeway route will be taken off the table as an option in any state environmental documents on the project.

The draft environmental study currently being conducted by the Los Angeles County Metropolitan Transportation Authority for the 710 gap project is, as this point, evaluating five options, including a freeway tunnel.

Liu said ruling out the surface freeway meant Caltrans would be able to sell many more homes than had been considered previously.

“[Caltrans] was identifying those homes that wouldn't be in a surface route's way,” she said. “Now they don't have an excuse, because the surface route isn't happening.”
--
Newer Post Older Post Home