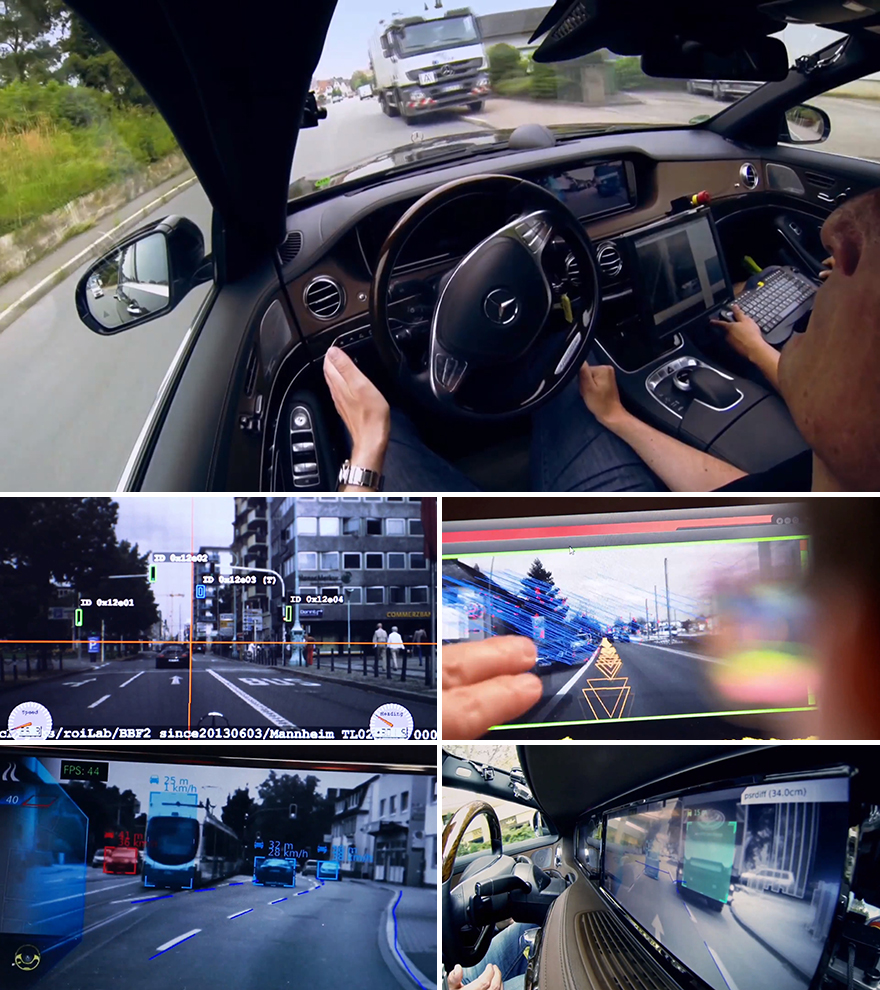 Humans suck at driving. The daily rush hour traffic snarl in my Manhattan neighborhood is less about the density of vehicles and more about human incompetence. At trouble spots like Broome & Lafayette, the box is routinely blocked by drivers unable to correctly judge timing and spacing (or happy to block the box in hopes they'll get home at 6:18 rather than 6:23). Meanwhile, further up the block, other drivers leave an absurd gap between them and the car in front of them, occupied as they are with their text messaging or phone conversations.

Even worse is when humans suck at being humans. Two anger-related NYC traffic incidents recently made local headlines: In the first, a cabbie arguing with a cyclist jumped the curb and hit a British tourist in midtown, requiring the young woman to have her leg amputated below the knee. In the second incident, a man was dragged from his SUV, beaten and knifed in front of his wife and child following an accident involving a motorcycle gang. (I found the GoPro-recorded helmet cam video, which went viral, too harrowing to embed.)

So the case for driverless cars is looking pretty compelling. Imagine a parade of automated vehicles moving cleanly through Manhattan, like blood pumping through veins, at regular intervals and with perfect spacing. Imagine it being technologically impossible for a vehicle to strike a pedestrian or cyclist. I'm hoping I get to see this in my lifetime, and I just might following breakthroughs like Mercedes-Benz's, below, where they successfully navigate a 60-mile route (both urban and rural!) in their S 500 Intelligent Drive research vehicle:

They're predicting the system will be production-ready in as little as six years, which will ironically require the patience that modern-day urban motorists seem to lack. But it will be worth the wait. "Unlike us humans," Daimler AG CEO Dieter Zetsche explained at a press conference, "electronic helpers never get tired, are never absent minded, and have zero reaction time."