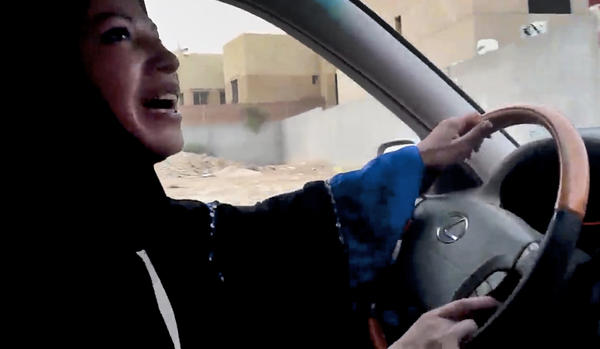 
CAIRO - Some dared to drive. Others stayed home, but promised to take to the roads another day.
Calls for a nationwide “drive-in” to protest Saudi Arabia’s de facto ban on women driving were softened at the eleventh hour by organizers, who said Saudi Arabian authorities threatened them with serious consequences if they drove on Saturday.

Activists urged female would-be motorists to instead make it an ongoing campaign, and to get behind the wheel whenever they could. They said about 60 women altogether reported they had driven in Saudi Arabia on Saturday, with more than a dozen uploading videos of themselves doing so.

Even on a smaller scale than originally envisioned, it was the year’s biggest action against the restriction. No arrests were reported, although authorities did have stepped-up traffic patrols and some roadblocks in the capital, Riyadh.

Women in Saudi Arabia have for decades chafed at the kingdom’s driving ban, the only one of its kind in the world, which forces them to rely on male relatives or drivers to run even the most basic errands. Some women are virtually imprisoned in their homes as a result.

The pro-driving campaign drew an outpouring of international support, with backers cheering on the women on social media. “Ride, Saudi women, ride!” exclaimed one Twitter commenter. Some of the women taking part tweeted accounts of their motorized excursions.

Many men joined in the campaign as well, voicing encouragement of the drive-in. One Saudi performer made a YouTube video called -- sarcastically -- “No Woman, No Drive,” set to the tune of the Bob Marley classic, to make fun of the reasons authorities give for refusing to give women driving licenses. That included a widely mocked recent claim by a conservative cleric that driving damages women’s reproductive health.
Newer Post Older Post Home