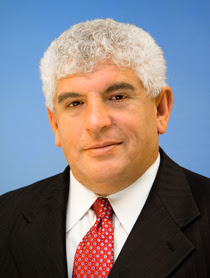 You may have noticed yesterday that a rather old Tattler article had crept back into our "Top 10 Most Read Posts" list. Originally posted here in October of 2009 (link), it asks this loaded question: "The Head of SCAG is a Former Soviet Planner?" The article was based on a cite from the Orange County Register, and yes. Hasan Ikhrata, a man noted for his striking lack of a forehead, once was an actual Soviet planning official. From The Register (link):

No joke! SCAG's new leader was a Soviet planner - This is too good to be true. I have a habit of comparing myriad local and state planners to Soviet planners, given that their ideas seem so similar at times. Recently, I wrote a column about the planners at SCAG, the appropriately named Southern California Association of Governments. I say appropriately, because a dictionary definition of scag is heroin, and these folks are addicted to central planning and tax dollars.

Well, the new head of SCAG, replacing Mark Pisano, is Hasan Ikhrata. Check out this from his bio: "Hasan also worked abroad for the Government of USSR, Moscow Metro Corporation, where he conducted subway ridership forecasting, engineering design and analysis of TDM programs for the Moscow Subway system. Hasan holds a bachelor's degree from Moscow University in the former Soviet Union and master's degree in Civil Engineering from the University of California, Los Angeles (UCLA) and is a Ph.D. candidate in Urban Planning from the University of Southern California (USC) in Los Angeles."

At least now it will be easier to refer to the "Soviet Planner" in charge of Southern California's premiere planning agency!

An interesting blast from the past for sure. And certainly SCAG does have its Soviet aspects. The most obvious to anyone living in Sierra Madre being the Regional Housing Needs Assessment (RHNA) numbers we are forced to endure from them every few years.

The "RHNA Process," as it is known, being how SCAG's faceless planners help jam hideously inappropriate locally unwanted land uses (LULUs) into quaint little villages such as our own. Unelected and widely reviled bureaucrats, SCAG planning apparatchiks operate at the sole pleasure of an increasingly hostile central state government, and function completely free from any interference by we the voters.

Obviously this former Soviet planner has found his happy home in today's California. A one party state well into the process of confiscating all local planning authority and consolidating it within our venal central government in Sacramento, where it is then peddled piecemeal to the highest bidders.

Slow growthers and other people who believe that cities such as ours should be allowed to independently plot their own planning destinies apparently being the Kulaks of this troubled era.

So why is an old Tattler article about Hasan Ikhrata attracting so much attention on the Internet now? Apparently our favorite once upon a time Soviet planner is up to no good again. This from the Los Angeles Times (link):

A black box in your car? Some see a source of tax revenue - As America's road planners struggle to find the cash to mend a crumbling highway system, many are beginning to see a solution in a little black box that fits neatly by the dashboard of your car.

The devices, which track every mile a motorist drives and transmit that information to bureaucrats, are at the center of a controversial attempt in Washington and state planning offices to overhaul the outdated system for funding America's major roads.

The tea party is aghast. The American Civil Liberties Union is deeply concerned, too, raising a variety of privacy issues.

And while Congress can't agree on whether to proceed, several states are not waiting. They are exploring how, over the next decade, they can move to a system in which drivers pay per mile of road they roll over. Thousands of motorists have already taken the black boxes, some of which have GPS monitoring, for a test drive.

"This really is a must for our nation. It is not a matter of something we might choose to do," said Hasan Ikhrata, executive director of the Southern California Assn. of Governments, which is planning for the state to start tracking miles driven by every California motorist by 2025. "There is going to be a change in how we pay these taxes. The technology is there to do it."

This really is a must for whose nation, Mr. Ikhrata?

That story has now gone viral on the Internet. A website called Zero Hedge (link), also citing Ikhrata's troubling assertions, had this to say:

Big Brother Is Coming To Your Car - This is a topic that has been on my radar screen for a while, but one that very few Americans seem to be paying attention to despite the egregious revelations concerning NSA spying that have emerged recently. I first flagged this issue in late 2012 in an article titled: Coming to Your Car: Mandatory Black Boxes That Record Everything.

The latest push for tracking devices in cars is being sold as necessary in order to raise funds to pay for the nation’s decayed highway infrastructure ... This is simply idiotic. There is already a tax per gallon on gasoline, so people are already being taxed based on how much they drive. Only a control-freak, moronic government bureaucrat would come to the conclusion that the solution to this problem is to install Orwellian tracking devices in people’s cars.

And then there is this observation from a Libertarian news blog called American Thinker (link):

Big Brother Never Sleeps - The statists never stop their quest to figure out how to control our lives. I haven't adjusted to the new reality in America that we will face penalties for not having health insurance (and hope I never do adjust to it), when along comes another absolutely crazy leftie plan, "Track and Tax."

Can you guess what this might be about? Think outside the box and don't be afraid to be completely outrageous as you brainstorm ideas. Headline Hint: "A black box in your car? Some see a source of tax revenue: The devices would track every mile you drive -- possibly including your location -- and the government would use the data to draw up a tax bill."

Then, I have to say, that while I appreciate the ACLU being concerned about privacy, I have no interest in anyone figuring out a way to make this plan to track and tax be one that are eventually feel "more comfortable" with. I don't want the government (or anyone!) keeping track of where I go, what day I go, what time I go, how many miles I drove, or anything of the sort.

It appears that we are cursed to be living in interesting times. Times where everything you do is carefully watched, tracked, analyzed, and then taxed.

Look at it this way, perhaps Hasan Ikhrata never really did leave the Soviet Union.

Rather he just brought it here with him.