Top executive at Port of Los Angeles will retire


Geraldine Knatz will stay on until the end of December. She is the first department head to announce leaving during the mayor's review of top managers. 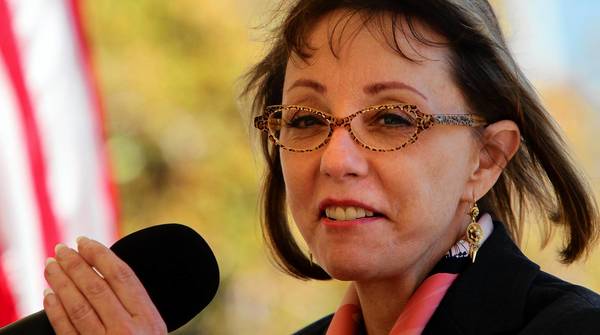 Geraldine Knatz, executive director of the Port of Los Angeles, was appointed to the post by then-Mayor Antonio Villaraigosa.


Los Angeles Mayor Eric Garcetti said Thursday that the top executive at the Port of Los Angeles will retire at the end of the year, the first department head to announce a departure during Garcetti's review of high-level managers.

Geraldine Knatz, who has been running the nation's busiest port since 2006, will leave her post in November but stay on until the end of December. Garcetti thanked Knatz for her service and said Gary Lee Moore, now the city engineer, will be acting general manager at the harbor department until a permanent replacement is found.

Knatz, 61, was hired by Garcetti's predecessor, Mayor Antonio Villaraigosa, earning $332,159 annually. Her retirement comes when both business and labor leaders are anxious about the threat posed to the L.A.-Long Beach harbor complex by a $5-billion expansion of the Panama Canal. In addition, L.A.'s port has been sued by the city of Long Beach over a controversial rail yard project, a dispute Garcetti is seeking to resolve.

When he took office, Garcetti called on the city's top department heads to reapply for their jobs and explain how they would achieve key goals. So far, he has told at least five they will get to stay, including top managers in the planning department and animal services department.

Knatz told The Times last week that she had not received a call from Garcetti saying whether she would be staying on. At that time, she gave no indication she was planning to retire. On Thursday, she issued a statement saying that she was leaving to "pursue other interests" and would help Garcetti with a smooth transition.

Garcetti would not say whether Knatz's departure was related to his review of managers, only that a "leadership change" is taking place. "My agenda for the port is focused on maximizing its economic impact and minimizing its environmental impact to build stronger neighborhoods in the harbor area and across Los Angeles," he said in a statement.

City Councilman Joe Buscaino, who represents San Pedro and Wilmington in the harbor area, said there were "mixed feelings" with Knatz's leadership among some overseas shipping executives, who complained that she did not spend enough time with them in person. "When you sign a deal, you want to see people face to face. You want to know the people you're doing business with," he said.

Harbor Commissioner Cindy Miscikowski, who will be replaced in coming weeks by another Garcetti appointee, described Knatz as "very, very effective" on efforts to keep the port competitive and to reduce emissions from the trucks that move through the harbor. But she also noted that "each mayor has his choice to bring in the team that they want."
Newer Post Older Post Home