In recent weeks, the $68.4-billion project has been dealt major blows by a state court judge and federal regulators. 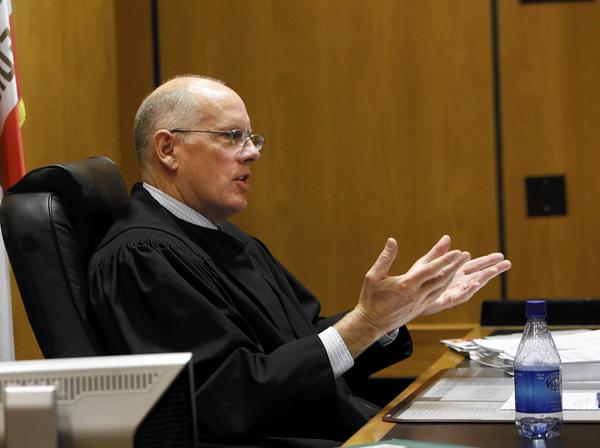 The state's strategy of tapping $3.2 billion in federal money to begin construction of an ambitious bullet train project may be legally flawed and could put the state in financial jeopardy, key lawmakers say.


After recent legal rulings that bar the use of state money for the project, legislators from both political parties say that even the use of federal funds is questionable and the entire project needs to be reassessed.

U.S. Rep. Jeff Denham (R-Turlock), the chairman of the House rail subcommittee, and Rep. Tom Latham (R-Iowa), chairman of the appropriations panel for transportation, have asked the Government Accountability Office to investigate the issue.

"It has been a colossal failure," Denham said. "They are trying to make up the rules as they go along."
California lawmakers worry that the state is trying to push the project through with a financing plan that risks leaving it with billions of dollars in losses.

If the state cannot eventually match the federal funds, it may have to repay the money and be left with a partially built rail system.

"I am concerned about the state's risks," said state Sen. Mark DeSaulnier (D-Concord), chairman of the state's transportation committee. "We should take a long, hard look."

In a recent debate on public radio, he characterized the legal problems as largely procedural and suggested that "crossing the Ts and dotting the I's" would resolve the issues.
Claims of a "major setback are wildly overstated," he said.

Two major legal blows in recent weeks have put the bullet train project at a crossroads.

Kenny ruled the rail agency failed to meet legal requirements that it identify the source of the money needed to complete an initial $31-billion segment between Merced and the San Fernando Valley.
The state has identified only the $3.2 billion in federal grants and that $9 billion in bonds.

The legal setback was foreshadowed three years ago by the rail authority's own lawyer. George Spanos told the rail board its plans to begin construction in the Central Valley did not comply with the requirements of the bond measure.

A second administrative decision, by the federal Surface Transportation Board, has stalled the state's ability to execute its plan for the first 29 miles of construction.

The board rejected a request by the rail agency to delay an environmental review of the project. The review could significantly push back any construction.

Despite the setbacks, the rail authority chief said he could start construction with the federal grants.
He pointed to a December 2012 modification of the grant agreement that allowed the state to spend federal grants first and match them with state money later.

"The political key for us is getting dirt moved," said one authority source who asked not to be on the record discussing strategy.