How to make high-speed rail work in California

The California High-Speed Rail Authority should abandon its politically motivated plan and go back to basics. 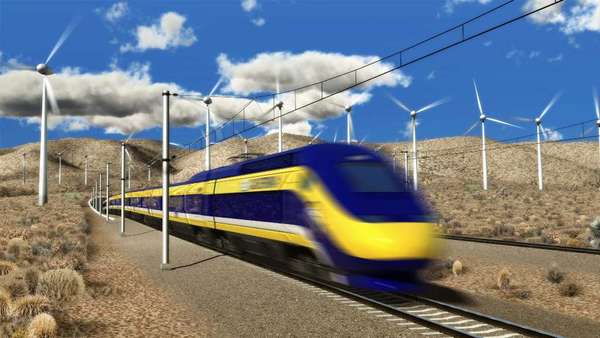 Two court decisions have blocked the California High-Speed Rail Authority from issuing more than $8 billion in bonds and from using bond funds on construction until it fixes its funding plan. Now what?


The authority says it will move forward using federal funds. But as one of the attorneys who successfully challenged the project, I can tell you that, on its present track, the future looks bleak. A series of shortsighted political decisions has left the state's high-speed rail system with an unworkable plan that's doomed to failure. There may still be time, however, to get it on the right track.

The California High-Speed Rail Authority was formed in 1996 after an extensive feasibility analysis by its predecessor, the California Intercity High-Speed Rail Commission. In 1999, the authority selected the Pacheco Pass and a Highway 99 alignment to connect Los Angeles and San Francisco.

That purely political decision overrode years of analysis by the earlier commission and its consultants, who had identified Interstate 5 and the Altamont Pass as the least expensive and highest-ridership route. How did the switch happen? Power brokers in the Legislature and Silicon Valley and mayors of Central Valley and Antelope Valley cities pushed their narrow self-interests, and the authority's board of directors succumbed to that political pressure.

The resulting route, however, is longer, slower and much more expensive than it should be, making it unprofitable. On top of that, the state bond measure funding it, Proposition 1A, prohibits the system from receiving operating subsidies. The combination has resulted in a project that private rail operators, such as those in Europe and Japan, have shunned.

With no private capital available, the authority nevertheless embarked on plans to build a $31-billion segment from Merced to the San Fernando Valley. It insists that private investment will follow once that first segment is built and is shown to be profitable. However, the current funding shortfall — the authority has only $6 billion available — violates the voter-approved bond measure's requirements.


Now the court has required the authority to rewrite its funding plan to show there's enough money to complete the segment. With no other funding sources in sight, the authority is stuck in a box, even if its members won't admit it.

The authority could escape its box and achieve success if it made decisions like private high-speed rail companies do: minimizing construction costs and choosing the most direct route possible. Indeed, the developer of the French national railway, SNCF, made an unsolicited offer to build the San Francisco-to-Los Angeles section, without a revenue guarantee. The authority turned it down flat.

As the French proposal shows, a profitable high-speed rail system in California is possible, with private investment, but it will require that the authority drop its past political deals and focus on building a workable system. Doing so would also restore public confidence in the future of high-speed rail.

A high-speed rail route using the I-5 corridor and the Altamont Pass makes sense. Much of the land is already owned by the state. Track along I-5 could be laid at ground level, avoiding the extra expense of viaducts, and the construction would have minimal impact on valuable Central Valley farmland.

An I-5 and Altamont route avoids cities and could therefore be run at maximum speeds . The shorter length means the door-to-door San Francisco-to-Los Angeles trip would be competitive with air travel times and prices.

Central Valley cities need not, however, be abandoned. They could be served by an upgraded Amtrak, connected to the high-speed rail at both ends of the valley. The overall cost would be lower and performance far better than the current plan.

At the route's northern end, using Altamont Pass to access the Bay Area would have extra benefits because it would serve Stockton, Tracy and Livermore and, in a second phase of development, easily provide a jumping-off place for a fast-rail alternative between Sacramento and the Bay Area.

California's high-speed rail system is at a crossroads. There is still time to redesign the project so it attracts private capital. On its current course, however, not only will nothing useful be built, but the Federal Railroad Administration, which will have to justify its grants at an upcoming congressional hearing, may withdraw its funding rather than have its money wasted. California could lose jobs and its new rail system.