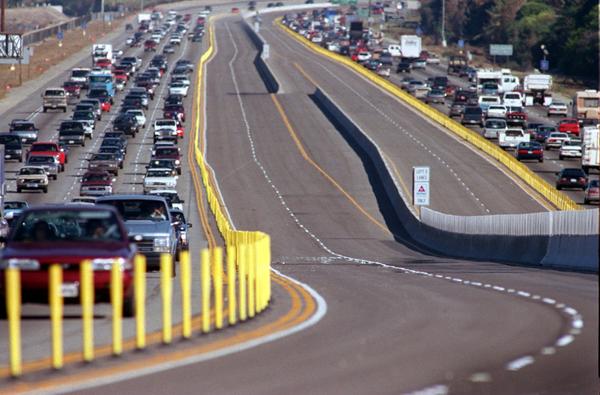 The toll lanes on the 91 Freeway.


Orange County transportation leaders voted Monday to expand a clogged stretch of the 405 Freeway without adding toll lanes, which were strongly opposed by cities along the project route.


Ending months of rancorous debate, Orange County Transportation Authority board members voted to pursue an expansion plan that would add one free lane in each direction along a 11-mile stretch of the 405 from the 605 Freeway to Euclid Street.

The most controversial alternative would have added two high-occupancy toll lanes in each direction along a 14-mile stretch of the freeway.

Mansoor said he expects to introduce legislation next year to block toll lanes by either barring them from the 405 or the county or requiring residents to vote to approve toll lanes.

On Monday, OCTA CEO Darrell Johnson said the toll lane proposal had become so divisive that the agency was at risk of losing the confidence of voters who years ago approved a half-cent sales tax to widen the freeway.