Why are the Big Three resisting new mileage and emissions standards?


It is clear the new standards for mileage and emissions are working, and more can easily be done. 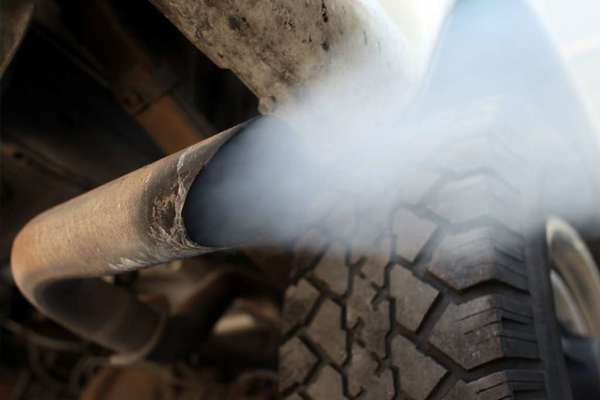 In 2012, fleetwide gas mileage in the U.S. improved 5%. Above, exhaust flows out of a tailpipe in Florida.

One year after automakers began building cars to meet tough new mileage and emissions requirements, it is clear the new standards are working. An in-depth assessment by the Environmental Protection Agency found that manufacturers are on track to deliver a fleet by 2025 that will cut in half the global-warming pollution of cars and save Americans billions of dollars at the pump.


The EPA reported Thursday that the 2012 fleet's mileage increased 1.2 miles per gallon, a roughly 5% jump. That improvement alone will save purchasers of 2012 cars about $1,600 at the pump over the life of a vehicle. And because car engines turn each gallon of gasoline into 25 pounds of carbon dioxide, the improvement will also keep about 4 tons of CO2 per car out of the atmosphere, the EPA estimates.

So why is the auto industry still resisting the new standards?

Virtually all the 2012 improvement came from cars. Automakers failed to shrink SUVs, minivans or pickups or raise their mileage. Overweight and cheaper to build because they lack much of the best technology, trucks achieve worse mileage than cars and spit out more pollution, and the auto companies seem reluctant to change that.

And, once again, American automakers delivered poorer gains in fuel economy than their competitors abroad. The best-performing automakers were Mazda, Honda and Toyota. Nearly all manufacturers improved their gas mileage, but GM and Chrysler improved less than the others and so fell further behind. Ford gained more than its domestic rivals, but its fleetwide fuel economy, like that of its Detroit competitors, is still below the industry average.

Before agreeing to the 13-year federal program, carmakers lobbied successfully to have the government evaluate the program near the midpoint. They called this midterm review their "exit ramp," betraying a hope they might use it to weaken the standards before they are fully implemented. Privately, a top industry advisor has warned that Detroit's Big Three are preparing for "a bloody fight" to weaken the federal standards.


The U.S. auto industry is also balking at standards set by California, the leader among states in fighting global warming.

Under California's requirements, adopted under a waiver from the EPA, about 15% of the fleet sold here in 2025 will have to produce no tailpipe pollution. Seven other states have adopted the California standard, which is intended to increase sales of plug-in electric vehicles and cars powered by fuel cells or other nonpolluting systems. But the Automotive News reports that industry officials continue to fight the plan for zero-emission vehicles behind the scenes.

The industry has also begun lobbying to accelerate California's midterm review, perhaps hoping for a potential exit ramp just as the new rules are taking hold.

The companies continue to make money under the new rules, and they're doing so while more than meeting government mandates. According to the EPA, 28% of this year's cars aren't just meeting current standards, they are hitting the mark for 2016 vehicles.

Meeting higher emissions standards is a matter of auto mechanics, not rocket science. The data show that companies are achieving the early targets even though they've only just begun to deploy their best technology. Three-quarters of 2012's cars and light trucks operated with six gears or more, helping deliver power to the wheels more efficiently. But only 23% of 2012 vehicles employed direct fuel injection, which saves gas by ensuring more complete combustion.

Using gas-saving, high-strength, lightweight materials, automakers have shaved 150 pounds from the average vehicle. But according to Clarence M. Ditlow III, executive director of the Center for Auto Safety — with which our Safe Climate Campaign is affiliated — they should be able to cut at least twice that with no impact on safety.

The EPA's extensive report makes clear that setting ambitious requirements matters. From 1989 to 2007, automakers successfully resisted standards that would mandate significant improvements. But without a government mandate, auto companies continued to churn out antiquated technology and focused on SUVs and other trucks rather than building more efficient cars. Only when the government toughened standards did fuel economy go up and emissions fall.

The auto companies should be celebrating instead of kvetching. They are delivering profits to shareholders and cleaner cars to the public.