Among the bands and athletic groups, freeway expansion protestors march on the Fourth Opponents to the expansion of the 710 freeway march at the July Fourth parade in South Pasadena.

The Fourth of July parade in South Pasadena features the usual marching bands and community groups. Then there's the unusual.

For 60 years, residents have marched in the parade to protest the proposed extension of the 710 freeway.

Their target this year: a proposal to dig two 6 mile tunnels underneath South Pasadena.

"We hope to persuade the powers to be bc of all the opposition that they should drop the tunnel project and concentrate on better solutions to the problem which have support, which is the Gold Line and the surface street improvements,' said Joanne Nuckols, one of the organizers.

More than 100 adults and children donning t-shirts with the 710 freeway sign with a red strike through it marched on Thursday.

This year they had come from Highland Park, Eagle Rock, Glendale and El Sereno to celebrate what one Nuckols called 60 years of successfully keeping the Long Beach freeway from being expanded.
While there is no final plan for the freeway's expansion, the tunnel proposal is under review, according to residents. Sam Burgess, of the 710 Action committee, began speaking out against the freeway in 1973.
"These will be the
largest diameter tunnels ever built anywhere in the world," Burgess said.

Under the proposal, they would begin just south of Valley Blvd and end close to Colorado Blvd.
Expense may be enough to reduce or knock down the plan. Metro is continuing to study the proposal. Of the MTA's 12 board members, nine voted against accelerating the 710 project at the last meeting.

A good number of 710 Freeway Protesters showed up to march in South Pasadena's July 4th parade. I didn't march but took many photos. So did other photographers. The marchers first met on Meridan Avenue. This was the first time that I had met them, except for maybe one or two who I had seen at meetings. What a great group of people! Upbeat and friendly, not the never-smile people sent by Metro to meetings, whose faces are full of fear that someone will challenge their and Metro's spin on things. I so enjoyed my time with them.

Some of the photos I took of the marchers getting ready for the big event: 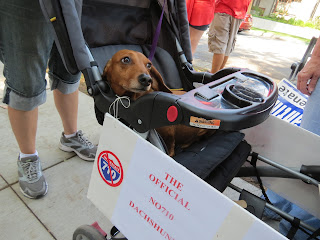 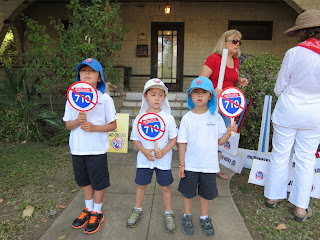 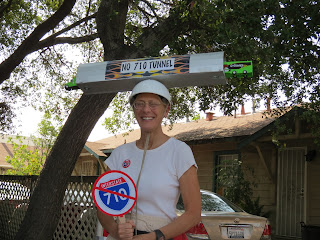 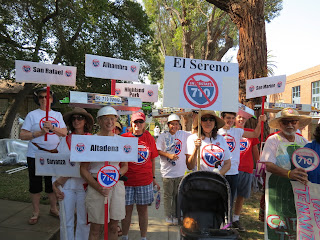 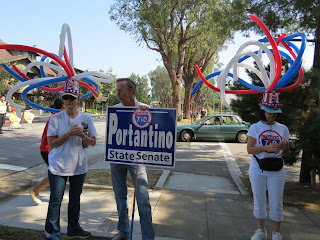 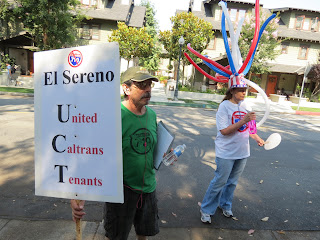 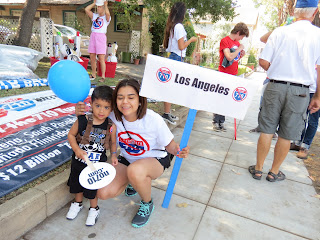 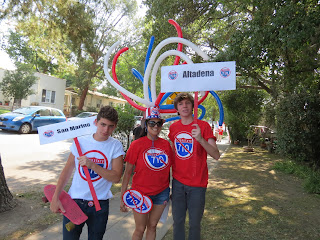 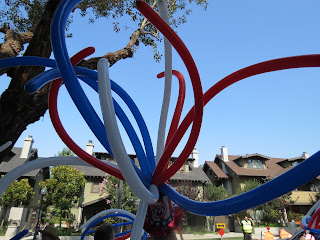 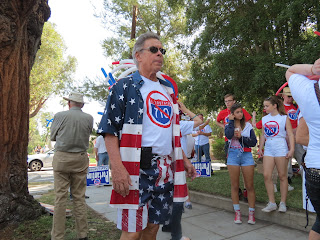 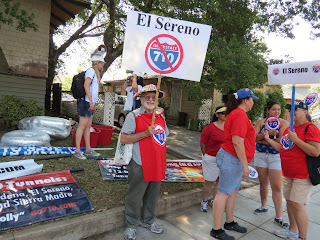 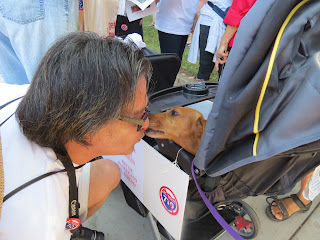 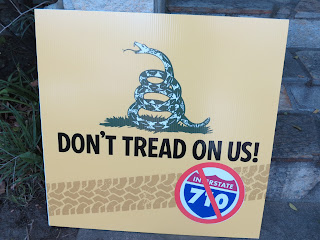 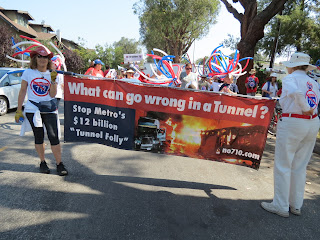 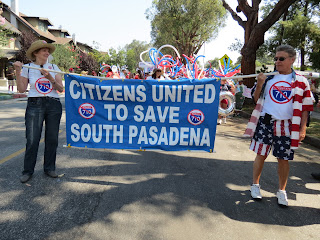 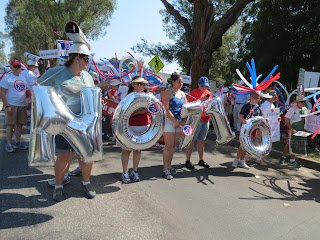 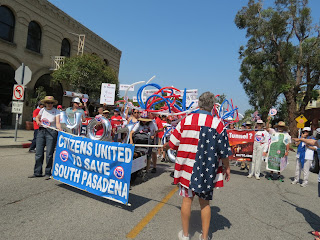 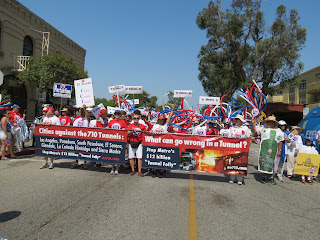 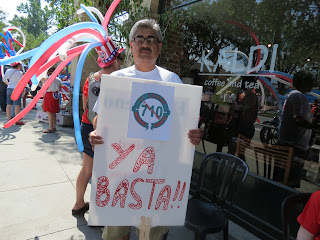 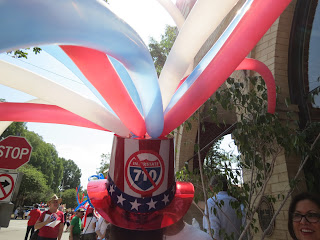 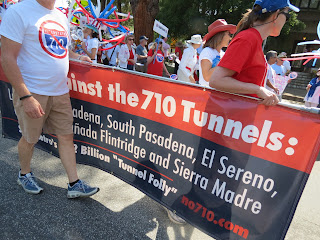 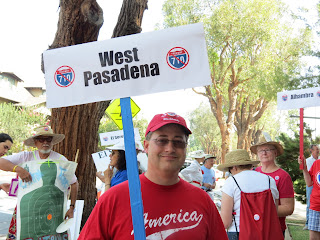 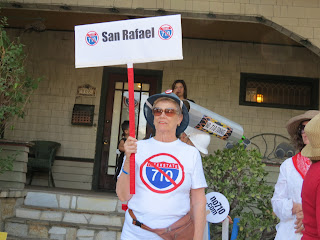 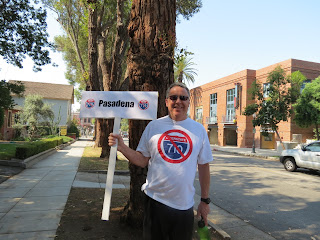 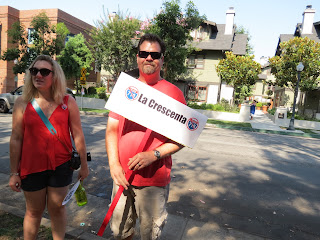 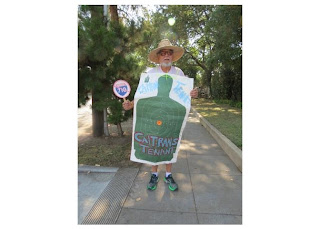