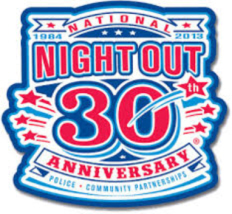 BRING THE FAMILY AND KIDS

On August 6th communities nationwide,
including the City of Pasadena, will recognize

What this event is intended to accomplish:

This event is not an SRNA-sponsored event. SRNA assumes no liability.

Some fabulous deals - for all but taxpayers

The Napthine government must be kidding. Last week it announced six finalists in the competition to refurbish the Flinders Street Station. The winner of the $500,000 prize has already been decided by a jury of ''prominent people'', including the Master Chef presenter George Calombaris, but the decision won't be announced until August 8 to enable Victorians to vote for their favourite design.

Incredibly, the government says there is no guarantee that the winning design will ever be built. It depends on whether the money is available. I think we are being set up for another Public Private Partnership, with the investment bankers and superannuation funds rushing to the rescue.

It has the hallmarks of the Southern Cross (nee Spencer Street) Station redevelopment/ripoff. The capital cost of the building was $300 million. The private partners supplied the money and effectively charged the government an interest rate of 8.35 per cent over the life of the partnership. The government could have financed the same building, using the same construction company, at the then long-term bond rate of 5.65 per cent when the contract was signed in 2002 - a saving of $497 million. This saving might have helped pay teachers, nurses and ambulance drivers a competitive salary.

This is what happens when the interests of investment banks and superannuation funds and their army of advisers are prioritised before actual services in health, education and public transport. It is the financial deal that matters, not the service that it is expected to provide.


The superannuation funds are flush with funds, thanks to the 9 per cent compulsory superannuation levy, which pumps some $60 billion a year into financial markets, rising to $80 billion to $90 billion when the levy rises to 12 per cent. These funds are looking for deals involving ''monetising'' risk-free public assets yielding a return of 8 to 10 per cent.

The fees to the promoters for constructing these ''commercial in confidence'' deals with governments are fabulous. Post-politics, former ministers involved in making such deals, Alan Stockdale (CityLink) and Steve Bracks and John Brumby (the Wonthaggi desalination plant), obtained lucrative positions in major entities.

The incoming Baillieu government refused to save Victorian taxpayers billions of dollars by breaking the odious desal contract on the spurious grounds of sovereign risk, but in reality it feared the wrath of the financial coupon-clippers who will receive $450 million a year for 26 years - even though the plant may not provide a drop of water.

Now Victoria is on the cusp of signing on to the biggest boondoggle of the lot. Building the $6-$8 billion east-west tunnel is nothing short of an act of environmental and economic vandalism.

The so-called AEs and WEBs can't stand scrutiny. AEs are economies obtained if industry and commerce locate close together, usually around rail networks such as the Metro or Doncaster rail proposals. An extension of freeway networks, such as the east-west tunnel, is more likely to generate dis-economies, as firms disperse around the freeway network and add additional truck journeys.

WEBs are boosted by exaggerating the value of the time supposedly saved by freeway commuters. But there is no evidence that the east-west tunnel will do that. It is more likely to exacerbate congestion at either end of the tunnel, justifying even more freeway construction.

Again, WEBs are more likely to be obtained by building rail, but not in the electorates the Coalition is interested in. The construction industry could make as much profit building a tunnel as part of the rail network, but it would be harder to justify as a Public Private Partnership, which is necessary to generate usurious returns to the superannuation funds and investment bank financiers.

Optimistic traffic forecasts are the balancing items used to ensure road projects look good. But nobody believes these any more, especially not the private partners, which is why they demand that the east-west tunnel be financed by ''shadow tolls''. It ensures all the risk of the project is transferred to the taxpayer.

The expert and independent adviser to the Commonwealth Government, Infrastructure Australia, has rejected the road tunnel on economic grounds and has recommended $3 billion should be made available to begin building the Metro rail tunnel, which Denis Napthine rejects.

The Opposition Leader, Daniel Andrews, is also in thrall to high finance. He won't oppose the road tunnel but he reserves the right to scrap the project provided no contract is signed before the 2014 state election. This looks like an opposition dog whistle, designed to get Napthine to have the contract signed before the election.

Sat 20/07/13: Hundreds of outraged locals from the inner suburbs of Melbourne have gathered to protest against the Victorian Government's proposed East West tunnel