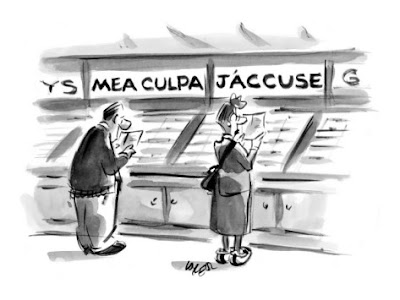 Mod: This week we decided to move the Tattler Sunday News to Saturday. We are doing this in honor of the effort here to relocate Sierra Madre's Farmer's Market from wherever it is now to Kersting Court. Hope springs eternal in life, and more often than not that involves moving to a new location. All we need is to get to another place, then everything will be just fine. Or so we hope. Another cliche' that could apply here is every dog has its day. Or every time somebody buys a locally grown cabbage a City staffer gets its wings. Or perhaps not. Of course, having the Sunday News relocate to Saturday would only be the second location for this treasured news resource. If the Farmer's Market moves next to Starbucks that would be its third, which some people claim is the charm. The news follows.

The Sierra Club, Earthjustice and Communities for a Better Environment have sued to stop Plan Bay Area, which spells out how much new housing each of the Bay Area’s cities must accommodate in coming years.

The lawsuit alleges that the Metropolitan Transportation Commission and Association of Bay Area Governments — the two agencies that passed the plan last July — did not do an adequate environmental review of Plan Bay Area.

“The Plan does not spend enough on public transportation, and instead invests in building new highways. The current Plan will result in more time on the roads and increased greenhouse gas emissions. The Plan also fails to protect West Oakland and other vulnerable communities from the health effects of cars, trucks, ships and rail that pass through their communities. The Plan will also displace low-income and residents of color from their communities,” the groups said in a press release.
Representatives from ABAG and MTC said they do not comment on litigation.

This lawsuit is the third such suit against Plan Bay Area since it was approved last July. A libertarian group, the Pacific Legal Foundation, sued claiming the plan violates the California Environmental Quality Act by failing to “justify the plan’s high-density development scheme, and refusing to consider the feasibility of a less-restrictive alternative.”

Plan Bay Area, the result of three years of work, calls for adding almost 188,000 housing units by 2022. ABAG and MTC drew up the plan in response to a state law that requires every region in California to devise building and transportation plans to cut the emission of greenhouse gases.

(Mod: The one thing that these Sacramento generated central planning schemes don't seem to take into account is what the people living in these communities might want. Actual people have somehow been taken out of the mix and instead the special interests and lobbies for whom these development boondoggles were actually created in the first place are now suing anything they can to make certain that their agendas are properly honored. And I'm fine with that. Legal inertia could save us all. Plus by the year 2022 the majority of personal transportation in California will be electric, which means that the whole fraudulent notion of reducing greenhouse gases by taking peoples' cars away and sticking folks in vast warrens of central city micro-condos will become moot anyway.)

NSA abuses include Stalking ex-Girlfriends (Informed Comment: link) We have HUMINT, or human intelligence gathered from agents. We have SIGINT or signals intelligence. And now we have LOVEINT or NSA analysts occasionally reading the emails of ex-lovers. It doesn’t happen a lot, the NSA told the WSJ, but often enough that there is a word for it.

The NSA only admitted this abuse to the Senate Intelligence committee a few days ago.

The NSA has dealt with the spying scandal with the classic techniques of government manipulation of the public: Deny for as long as possible, then make few gradual small admissions, so when the big abuses come out the press views the story as stale and is unconcerned about the new scale of abuse coming out.

FBI Deepens Its Water District Probe - The hot water around state Senator Ron Calderon (D-Montebello) is getting deeper (KCET.Org: link) The FBI's political corruption investigation continues to focus on the senator's ties to former assemblyman Tom Calderon -- Ron's brother -- and on Tom's dealings with the Central Basin Municipal Water District. But the FBI probe has deepened and widened in recent days, raising new questions about the district's contracting and hiring practices.

New subpoenas have been issued for the personnel records of former district director Art Aguilar and current board members Art Chacon and Robert Apodaca. And more CBMWD contractors -- including one of the state's largest and most respected consulting firms -- have been ordered to turn over documents and digital files relating to their work for the district.

Investigators are scrutinizing the district's unsuccessful effort to wrest control of the basin's water storage capacity from another obscure water agency, as well as a controversial reclaimed water distribution system the district financed despite the objections of cities and water providers.

And suspicion has now been raised about the hiring (and abrupt firing) of Gil Cedillo Jr., the son of ex-state legislator and now L.A. City Councilman Gil Cedillo. Cedillo Jr. had worked for both Ron and Tom Calderon before being hired as the Central Basin's business development manager.

More troubling for Sacramento insiders, according to the Los Angeles Times, are the grand jury subpoenas that have been served on several state legislators aimed at clarifying what the FBI calls Senator Calderon's "income stream." The FBI declined to explain further, but the implication is that lush contracts with the CBMWD may have been brokered with a compliant district board, with some of the money channeled to the political campaigns of Calderon family members and to retaliatory campaigns against political opponents in Maywood and other cities.

(Mod: Rumor has it that amongst the punishments being considered for these fine protectors of the public interest is that they be forced to drink the stuff.)

Why Senator Steinberg’s SB-1 Deserves Defeat—or a Veto (The Independent Institute: link) The big budget bills have been resolved for this legislative session but the public has good reason to remain on alert. Senate Bill 1, introduced by State Senator Darrell Steinberg (D–Sacramento), is so dangerous that the Assembly should swiftly kill it.

The measure will allow any California city or county to create a “Sustainable Communities Investment Authority,” governed by unelected bureaucrats selected by the city or county officials themselves. Each newly created Authority will build development projects in designated geographic areas. These will comply with SB 375, which connects California land use to the state’s climate change law, AB 32, which sets goals for the reduction of greenhouse gas emissions.

Each Authority will be granted powers to build “sustainable communities.” That means jamming people into dense, urban centers using high-density residential housing and high-intensity retail and commercial buildings near mass transit corridors. To that end, SB 1 will grant each Authority unprecedented powers.

In the past, California redevelopment agencies (dissolved on February 1, 2012) were required to determine an area was blighted before they could seize private land through eminent domain. Even with this requirement, abuse of private property rights was rampant. But SB 1 will define blight legislatively, eliminating the need for each Authority to make a separate finding.

(Mod: Can you imagine a city government run by the likes of Bart Doyle or John Buchanan with the power to seize private homes through eminent domain any time they or their buddies want? And allow them to use saving the world as the rationale for doing so? That thumping sound you just heard was George Orwell banging his head on the lid of his coffin.)

Irwindale hit with $20 million civil suit (Pasadena Star News: link) A Chino woman has filed a $20 million civil lawsuit against the city of Irwindale after an Irwindale police officer allegedly sexually assaulted her during a traffic stop and forced her to perform oral sex.

The lawsuit, filed Tuesday in Los Angeles County Superior Court, alleges that the city knew Sgt. David Fraijo was “unfit” and city officials consciously disregarded the safety of others in employing him.

The alleged assault by Fraijo occurred Oct. 20 near the intersection of Azusa Canyon Road and Arrow Highway. The woman was working, delivering newspapers, when she was stopped about 5:15 a.m. by an officer who was driving a marked SUV police cruiser.

The complaint claims that Fraijo, “forcibly touched the plaintiff’s breast(s) with his hand(s) and forced the plaintiff to touch and kiss and orally copulate (Fraijo’s) penis.”

Fraijo no longer works for the police department, according to City Manager John Davidson. He declined to say whether Fraijo was fired or resigned.

The City Council has been informed of the lawsuit and will review it with the city’s attorney and give direction in how the city will handle it, said Davidson.

(Mod: Another city that might want to consider going with L.A. County law enforcement.)

Sales fell to a 394,000 annualized pace, Commerce Department figures showed today in Washington. The reading was the weakest since October and was lower than any of the forecasts by 74 economists Bloomberg surveyed.

A jump in borrowing costs over the past three months may be prompting buyers to hold back, showing the difficult job ahead for Federal Reserve officials as they try to wean the economy from monetary stimulus while sustaining growth. The falloff in demand is in contrast to a surge in confidence among builders such as Toll Brothers Inc. (TOL), which suggests they remain optimistic about the long-term outlook as employment improves.

“It’s definitely a rate shock,” said Doug Duncan, chief economist at Fannie Mae in Washington. “You could see another month or two of weak sales or it could go longer. This is a sustainable recovery, but we’ve also said it’s not robust. Along the way, there will be some hiccups. This is certainly a hiccup.”

(Mod: Better put those One Carter projects on hold. The only thing worse than building McMansions on our hillsides is if they sit empty because nobody wants to pay the interest on the million dollar loans it would take to occupy one.)

Women who work for the California State Assembly face a glass ceiling, substantial pay inequities and limits to their career advancement. Female employees are paid less than their male counterparts, are less likely to serve in leadership roles and remain stuck in secretarial positions, a CalWatchDog.com analysis of legislative payroll data has found. The evidence is staggering.

* Women are 9 times more likely to work as a secretary.

* Men are nearly twice as likely to serve as a highly-paid chief consultant.

* The 10 highest-paid employees of the state Assembly are all men.

* Women fill only 35 percent of the Assembly’s chief-of-staff positions, the top staff slot for each elected representative.

* The average woman employed by the Assembly makes $5,640 less per year than the average man.

The analysis of payroll data comes one day after Facebook COO Sheryl Sandberg urged the Capitol to “talk about gender, talk about the biases we all hold” in a speech to the California Women’s Legislative Caucus.

The best-selling author of “Lean In: Women, Work, and the Will to Lead,” has been campaigning to address the lack of women in leadership positions in government and business. The Assembly’s payroll data suggest the state Legislature lags the private sector in issues of gender equity.

(Mod: The rule in Sacramento seems to be do as they say, not as they do. Or I guess you could just call it hypocrisy. Probably simpler.)

Enjoy your Saturday. And be sure to stock up on drinking water.
Newer Posts Older Posts Home
Subscribe to: Posts (Atom)