Some people think that the City of Alhambra's Pasadena Rose Parade Monster Truck float was inappropriate, considering that if the 710 Freeway is extended under Alhambra and Pasadena via an almost 5-mile-long tunnel the result will be a huge increase of monster trucks (big rigs) coming into Pasadena, polluting Pasadena's and other cities' air and further clogging the already clogged 210 and 134 freeways. Watching that float coming down Orange Grove Boulevard (where I was sitting on a curb), one of the streets that will be adversely impacted by people not wanting to pay a toll to use the tunnel and also by the closing of the exits onto the present 710 North section that take people easily from Pasadena Avenue onto the 210 and 134, felt like the Monster Truck was showing us that it was ready to mow down Pasadena and all who objected to the 710 extension. It was also the only parade float that showed monster animals and not kindly, cute ones.

The blurb for the Alhambra Monster Truck float read: "It would be a child's dream come true to have a monster truck with a real monster aboard." Really?

The theme of the 2014 Rose Parade was "Dreams Come True." I wish that a city or organization had entered a float depicting a "dream come true" for an extensive public transportation system for the Los Angeles area. Well, maybe next year!

My photos of the Monster Truck: 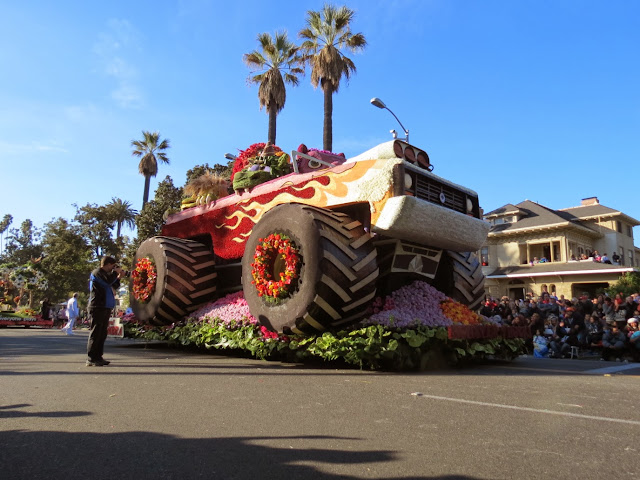 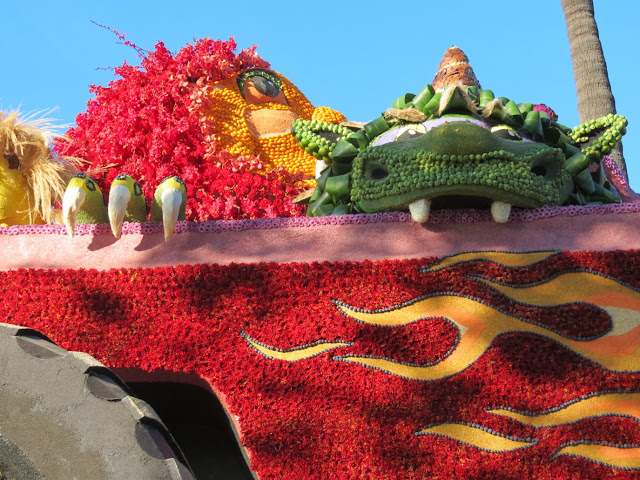 
My favorite float in the The Rose Parade 2013

Alhambra entered a monster truck float. It scared many people. It sent women screaming & children crying as well as some sensitive guys. I am trying to decide which picture I like better.