Federal funding of the project continues, but it's unclear how the state's bullet train agency will pay $180 million by April 1. 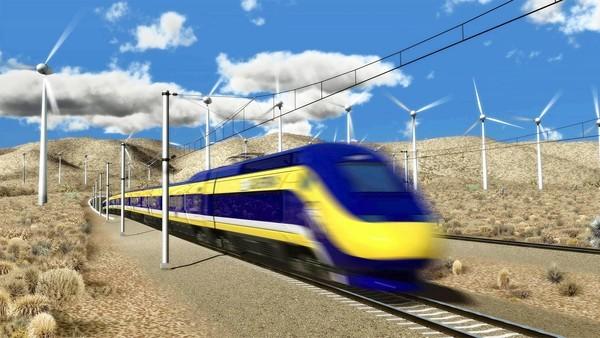 An artist's rendering of a bullet train.

The California bullet train agency is continuing to meet its financial obligations under federal grants that are providing $3.2 billion to the project, but the state has not indicated how it will pay $180 million in required matching funds by April 1, a senior federal official told a congressional panel Wednesday.


Karen Hedlund, deputy chief at the Federal Railroad Administration, said her agency has a legal obligation to continue funding the project because the state hasn't defaulted on its financial agreements with Washington.

But responding to questions from Rep. Jeff Denham (R-Turlock), chairman of the House rail subcommittee, about recent funding challenges confronting the $68-billion proposal, Hedlund said, "We are very concerned about it. That is why we are in discussions with the authority about its plans."

If the state cannot match federal contributions in the future, the federal government could demand repayment and withhold future federal funding to the state, Alissa Dolan, an attorney for the Congressional Research Service, testified at Wednesday's hearing.

"The federal government can and would withhold money for other top infrastructure priorities, such as education and water, from the state of California should the state fail to provide state funds," Denham, a prominent critic of the project, said afterward.

Dan Richard, chairman of the California High Speed Rail Authority, told lawmakers he remains confident the state can complete 130 miles of track in the Central Valley and find the money needed to build the system to Palmdale and begin attracting private investors. "We don't have those dollars in hand today," he said.

The project is facing a crucial six months ahead. Gov. Jerry Brown wants to allocate $250 million in greenhouse gas abatement fees from businesses to the project. But that requires the Legislature's approval.

Richard said officials also hope to get relief by April from a recent decision by Sacramento County Superior Court Judge Michael Kenny, who found that the high-speed rail agency failed to comply with legal requirements tied to state funding for the rail line. Richard said the legal setback was based on a prior business plan and that the current plan addresses many problems identified by Kenny.
For example, he said, state law allows his agency to use voter-approved bond money to build an initial "usable segment" of track. That track could be used by Amtrak trains until more parts of the high-speed line are completed, he said.

Denham later questioned the legality of that approach, saying it "directly contradicts what voters narrowly approved in 2008." A spokeswoman for the rail authority said Richard's comments did not signal how the authority would respond to Kenny's ruling. "No final decision has been made about how to comply with his ruling," the spokeswoman said.