What If Everything You've Been Told About High Density Development In Places Like Sierra Madre and Reducing Greenhouse Gases Is Wrong? 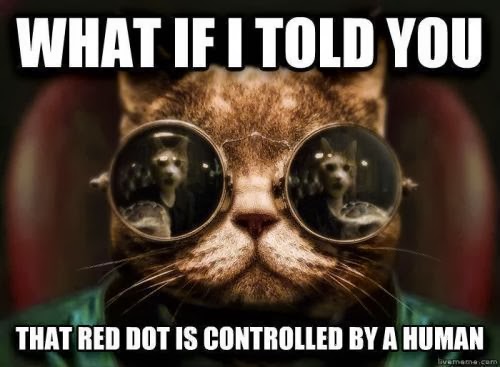 Mod: At the very core of state environmental law is SB 375, the bizarre edict that commands all California cities to build as much high density housing as they can possibly accommodate. The claim being the higher the density of a town, the less green house gas it produces. Locally this draconian concept is rigorously enforced by SCAG, the L.A. Based centralized planning bureaucracy responsible for those onerous RHNA numbers we are forced to accept. Something that is basically a by-product of Sacramento's seizure of local planning authority in the name of saving the planet from global warming. But what if the geniuses got it all wrong? This from The Sacramento Bee (link):

Increasing density may not work in cutting greenhouse gases

Increasing the population density of California's urban areas is a key component of the state's plans to reduce greenhouse gas emissions to 1990 levels by 2020 - but it may not be the most effective strategy, new research at the University of California, Berkeley, indicates.

Although suburbs, with their relatively low densities and dependence on autos for travel, are bigger generators of carbon dioxide than urban cores, the researchers said, "a 10-fold increase in population density in central cities yields only a 25 percent reduction in greenhouse gas emissions."

"That would require a really extraordinary transformation for very little benefit, and high carbon suburbanization would result as a side effect," Christopher Jones, a doctoral student in the UC-Berkeley's Energy and Resources Group and co-author of the report, said in a statement accompanying the study's release Monday.

Trying to increase population densities in suburbs, which several state strategies propose, "appears to be an even worse strategy," Jones said, because it would encourage the development of new, high energy use suburbs further away.

What Jones and his co-researcher, Dr. Daniel Kammen, suggest is that one-size-fits all strategies to reduce greenhouse gases give way to locally designed plans based on local circumstances.

"Cities are not islands," Kammen said. "They exist in a complex landscape that we need to understand better both theoretically and empirically."

Toward that end, the study includes an innovative, interactive Internet tool that allows users to calculate not only the emissions of their own households, but of their communities and breaks down the individual components of those emissions.

The average American household is responsible for 48.5 tons of CO2 each year, and the interactive tool allows users to measure themselves and their communities against that number.

Mod: The "Cool Climate Network" calculator can be linked to here. Any yes, you can look up Sierra Madre. My gripe is the assumption that if you live in a suburb, you will forever travel in a car that burns carbon producing fossil fuels and therefore will always contribute to the environmental devastation of the planet. However, in about 10 years from now won't most personal travel be in either electric or hydrogen based cars? Which are emissions free? This from Wired (link):

Toyota Will Sell You a Hydrogen-Powered Car Next Year

After decades of big promises, false starts, and meager infrastructure, the first hydrogen fuel cell vehicle will go on sale in the United States next year. It’s coming from Toyota, which promises a range of 300 miles and a fill-up time of less than five minutes — once you’ve actually found a station that stocks the stuff.

The unnamed camo-clad engineering prototype that Toyota unveiled at CES looks remarkably similar to a Toyota Corolla. The automaker, which has spent the past year flogging the car in some of the hottest and coldest places on the continent, claims the emissions-free sedan will put out more than 100 kW (over 130 horsepower) and do zero to 60 in around 10 seconds.

“We aren’t trying to re-invent the wheel; just everything necessary to make them turn,” said Bob Carter, Toyota’s senior veep of U.S. auto operations. “For years, the use of hydrogen gas to power an electric vehicle has been seen by many smart people as a foolish quest. Yes, there are significant challenges. The first is building the vehicle at a reasonable price for many people. The second is doing what we can to help kick-start the construction of convenient hydrogen refueling infrastructure.”

Just how reasonable a price remains to be seen, because so far Toyota’s not saying what the car will cost, or even what it will be called. But the automaker says that, after a decade’s work, it has dramatically reduced the cost of building a fuel cell powertrain. Toyota estimates the cost of building a hydrogen fuel cell vehicle has fallen 95 percent since it built its first prototype in 2002, and according to Toyota spokeswoman Jana Hartline, Toyota will give consumers “a variety of options” when its hydrogen vehicle goes on sale. Given that the true cost of Honda’s FCX Clarity — which could only be leased, not bought — was estimated at well over $1 million, that’s a welcome reduction.

Mod: It seems that once the tipping point on no emissions personal travel is reached in around a decade and gas stations start to go the way of the dodo, the supposed need for building SB 375 high density SCAG housing will be rendered even more absurd. And that all we'll have accomplished is to construct a lot of unwanted "units" people will happily zoom past in their environmentally neutral no emissions vehicles as they drive deep into the suburbs and to their desirable single family homes.