Air around Buckingham Palace is most polluted in Britain 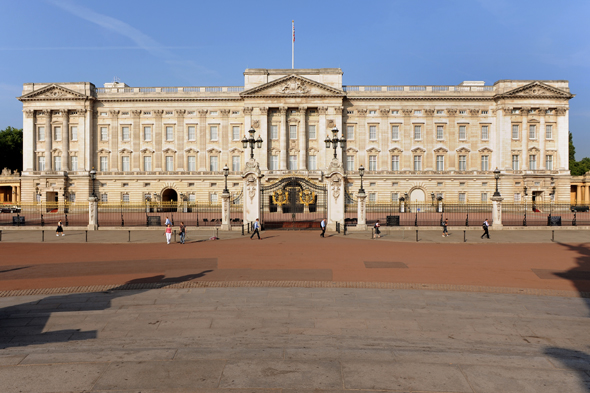 New figures have revealed the air near Buckingham Palace is the most polluted in the UK.

The Department for Environment, Food and Rural Affairs (DEFRA) figures show that Grosvenor Place, which runs adjacent to the Queen's London residence, produced the highest levels of toxic gas nitrogen dioxide (NO2) in 2012.

The average level of gas was 152 micrograms per cubic metre of air.

This figure is almost four times the European legal limit of 40 micrograms per cubic metre.

Oxford Street had the second highest level of pollution, the BBC reports.

According to The Sunday Times, tourist attractions including the National Theatre, Covent Garden, the Houses of Parliament and the street outside Hamley's were also exposed to high levels of pollution.

Environmental campaigner Simon Birkett, director of Clean Air in London, told newspaper: "The thought that hundreds of thousands or millions of tourists and Londoners in a year may be exposed to air pollution this high is deeply troubling." The Royal Standard is seen flying over Buckingham Palace in central London on October 14, 2013.

London:  87-year-old Queen Elizabeth II is living in a palace surrounded by the most polluted air in all of Britain, a media report said on Sunday.

The air outside Buckingham Palace in the heart of London was found to be almost four times the European legal limit, according to latest figures released under freedom of information laws.

The palace is effectively encircled by some of the most polluted roads in the UK and has the highest levels of nitrogen dioxide (NO2), a toxic gas that comes mostly from traffic fumes.

Environmental campaigners described the pollution as "nothing short of staggering" and warned that public health was being put at risk.

"Her Majesty came to the throne in the same year as London was engulfed by the great smog (1952) - 60 years later air pollution is still killing thousands of her subjects each year," Alan Andrews, a lawyer with the environmental group ClientEarth, told 'The Sunday Times'.

The figures, released by the Department for Environment, Food and Rural Affairs (Defra), show some of London's top tourist attractions are also blighted by some of the country's most polluted roads.

A section of Oxford Street near Marble Arch registered an annual average NO2 reading of 150 micrograms per cubic metre of air, the second-highest in the country.

Four sections of Marylebone Road, including near Madame Tussauds, were among the 50 locations in the UK - all of them in London - with the highest NO2 readings, along with Regent Street outside Hamleys, the toy shop.

"The thought that hundreds of thousands or millions of tourists and Londoners in a year may be exposed to air pollution this high is deeply troubling," said Simon Birkett, director of Clean Air in London.

A spokesperson for the mayor of London, Boris Johnson, claimed that the number of people living in areas where NO2 levels exceeded legal limits had halved since his election in 2008.