Transportation’s contribution to air pollution could be much, much less if … 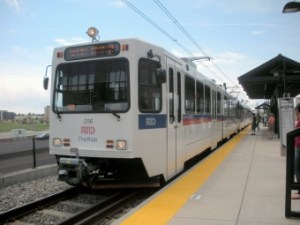 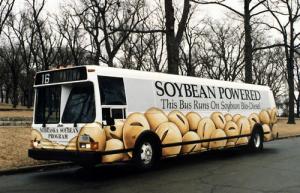 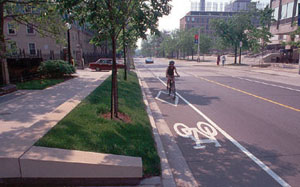 If I were to tell you that an automobile manufacturing mogul and a leading auto-membership-association executive both touted personal mobility and public transportation use, what would you think? Would not such a notion seem incredulous? I don’t know about you but, in my view, it would.
Here’s what I’m getting at.

In “Ford CEO: More Cars in Cities ‘Not Going to Work,’” Schmitt wrote: “It’s the last thing you would expect to hear at the Detroit Auto Show from the CEO of Ford Motor Company. But last week, Ford’s Alan Mulally showed some ambivalence about the role of cars in major cities.”

“… According to the Financial Times, Mulally said that adding more cars in urban environments ‘is not going to work’ and that he was interested in developments in ‘personal mobility’ and ‘quality of life.’ Then he seemed to indicate Ford is interested in getting into transit, car-sharing, or other models that don’t align with private car ownership.”

Meanwhile, the car-membership-association head in question is Paul Gaffney, President and CEO of the Automobile Association of America (AAA) Northern California, Nevada & Utah.

On the “president’s page” in the May+June 2013 via magazine, the topic dealing with “fuel economy,” Gaffney promoted walking, carpooling, bicycling and public transportation use and at times when doing or using such, respectively, make sense.1

He also pointed out that over-the-speed-limit driving wastes gas unnecessarily, explaining that in going faster than 60 miles per hour, for each 5 miles per hour driven over that rate, as I understand it, this effectively amounts to shelling out an extra 24 cents on a gallon of gasoline. Information such as this coming from an auto-membership-association exec, if nothing else, is more along the lines of what I would expect to hear – or read.

Interestingly and also very relevant, at Shrink That Footprint in “Which nations drive, fly, cycle and take the train most?,” by Lindsay Wilson, provided are four different infographics: one each for driving, flying, cycling and taking the train.

Gleaned from those infographics is the below info:
(Source: “Which nations drive, fly, cycle and take the train most?,” Lindsay Wilson, in TRAVEL, Shrink That Footprint, http://shrinkthatfootprint.com/travels-most).

In looking at the above, I can’t help but wonder what the mode distribution and usage will look like over time in both developed and developing nations. Really, what I’m asking is if transportation’s contribution to air pollution as time marches on will be less and less.

In closing, I would be completely remiss if I failed to mention that in the same via issue, in bold, green print no less and gracing page 9 in the bottom right corner is the number 2.9. This represents how many billions of gallons of fuel American motorists wasted in 2011 on account of motor vehicle idling.2