Bill would give auto owners more control over vehicle data

The proposal by California's two giant auto clubs would allow car owners to give the clubs and independent mechanics greater access to computer and Internet data in their vehicles. 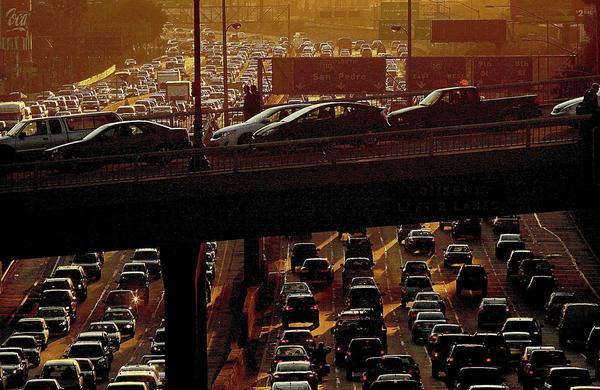 About 1 in 5 new cars already collects and transmits to manufacturers data about engine performance, safe or unsafe driving maneuvers, cellphone or entertainment system usage and location.


About 1 in 5 new cars already collect and transmit to manufacturers data about engine performance, safe or unsafe driving maneuvers, cellphone or entertainment system usage and location. By 2025, every passenger auto is expected to be a "connected car" that's in constant contact with the Internet and even with nearby cars.

"Our cars are quickly becoming mobile computers," said bill author Sen. Bill Monning (D-Carmel). "While this technology provides several important benefits to consumers, it is imperative that there are basic safeguards in place to ensure consumers can decide who has access to their data" and what information should remain private.

Now, much of the data is available only to carmakers and dealers, but the auto clubs are pushing for greater access for them and for independent mechanics, but only with the specific authorization of the vehicle owner.

Making the performance data more available would prompt more competition in the auto repair market, the auto clubs said. Increased availability also would help owners learn about potential problems before they cause breakdowns and expand the types of roadside emergency services available to owners.

The measure, SB 994, was attacked by major auto manufacturers even before it was introduced at a media event on the steps of the state Capitol. The Alliance of Automobile Manufacturers, a Washington trade group, denounced it as another "single-interest corporate bill" designed to generate revenue for the nonprofit automobile clubs of Northern and Southern California.

The Monning proposal could turn into a noisy statehouse slugfest. Both the automobile clubs, with their 10 million California members, and the manufacturers, along with their new car dealer allies, already are mustering formidable legislative campaigns, including squads of lobbyists, expensive public relations contractors, opposition researchers and websites.

The proposal, which is expected to get its first committee hearing in mid-April, would ensure consumers know and understand what information is being collected and transmitted to the automaker, guarantee that car owners and their designates have access to all the data and give owners control over who can see the information to service the vehicle.

The bill is aimed at providing a choice to the American Automobile Assn.'s California members, said Alice Bisno, a senior vice president at the Automobile Club of Southern California.

That's what Christopher Jimenez y West said he wants. The community college history professor from Santa Monica said he was frustrated when his "check engine" light came on and he took his Prius to his preferred repair shop. The mechanic said he couldn't get access to the engine performance data unless he paid $135 to Toyota, the manufacturer.

"It's a durable good I purchased," he said. "Why don't I have access to the information? It should be mine."

What's more, automakers argue that they already provide service-related data to non-dealer mechanics and that providing all available information to third parties "dangerously jeopardizes the security of data generated by an auto, posing an unacceptable threat to motorist safety, privacy and the 21st century future of automotive connectivity as championed by the National Highway Traffic Safety Administration."