Lack of rainfall, along with low winds and stagnant conditions that trapped pollution near the ground, contributed to increase in soot, officials say. 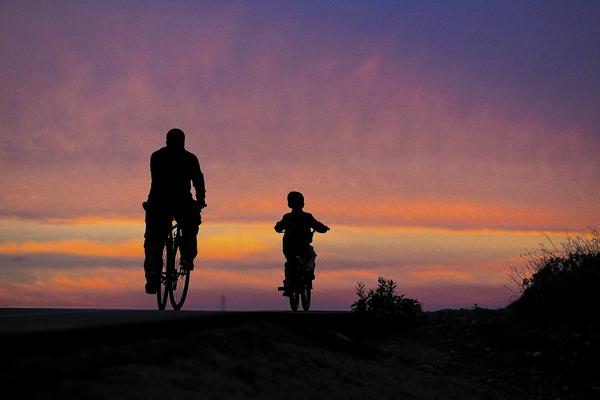 An adult and youngster are silhouetted by the sunset while riding bikes in Azusa on Monday. The drought is being linked to an increase in air pollution this winter.


Levels of haze-forming soot typically increase in winter, but this year was worse because of the persistent lack of rainfall, low winds and unusually stagnant conditions that trapped pollution close to the ground.

Karen Magliano, an assistant division chief at the California Air Resources Board, said the increase in dirty air was a weather-driven exception to a decade-long trend of improvement.

The San Joaquin Valley's air was the most polluted in the state, exceeding federal health standards for fine particulate matter for 66 days — more than half of the November-to-February winter season used by air quality regulators. The San Francisco Bay Area logged 15 bad air days over the same period, the highest in seven years.

Wood smoke boosts levels of fine particles, or soot, that build up in winter air because of emissions from vehicle tailpipes, diesel trucks, trains, construction equipment and industrial stacks. The pollutants pose a chronic health risk because they lodge deep in the lungs and are linked to respiratory illnesses, heart disease, cancer and thousands of early deaths a year in California.

"We've really seen it quite bad this year," said Penny Newman, who heads the Center for Community Action and Environmental Justice in the Riverside County city of Jurupa Valley, which routinely has the highest levels of fine-particle pollution in Southern California. "A lot of us who have asthma and chronic obstructive pulmonary disease like I do have been really struggling."

Newman questioned regulators' reliance on burn bans as a pollution-fighting tool and said they should instead require steeper emissions cuts from industrial sources. Wood burning, she said, "seems just a drop in the bucket compared to the diesel trucks and locomotives that are concentrated in our area."

Air quality officials, however, say that burning restrictions are an important and effective instrument to clean some of the dirtiest air in the nation. Wood fireplaces and stoves in millions of California homes generate enough smoke that they are one of the largest sources of winter pollution, they say.