The '5 Cities Alliance' is designed to respond to EIR related to 710 Freeway. 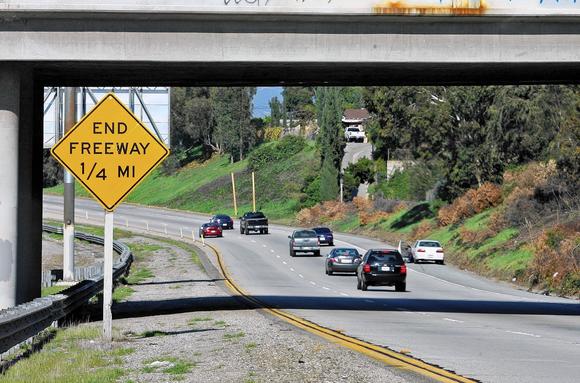 The city of La Cañada Flintridge has joined four other cities — Glendale, Pasadena, South Pasadena and Sierra Madre — in an alliance designed to respond quickly and efficiently to the Environmental Impact Report (EIR) underway by Metro and Caltrans related to the 710 Freeway Tunnel Project.

The report is expected to be released sometime this spring. Once it is, local officials are expecting to have just 90 days to review the massive document and conduct their own studies in response.

Talk of creating a "5 Cities Alliance" began back in September, according to La Cañada City Manager Mark Alexander, when staff realized it would be redundant for each city to pay for separate studies, possibly by the same firms, to produce the same findings.

"We recognized we could probably save each of the cities some expense and time if we could join together and share the costs," Alexander said. "We're hoping we get our part done before the draft EIR is released, so we're ready to go."

Alliance members have agreed to pool their resources, findings and past experiences with the 710 expansion project, which has been discussed in public forums for decades. Requests for proposals (RFPs) from potential contractors were due Feb. 28, and hiring decisions will soon be made, Alexander said.

Each Alliance city has contributed $50,000 toward the consultants, who will study transportation, air quality, soils geology and safety aspects of the EIR at large, and the proposed tunnel option in particular.

Although Metro/Caltrans are examining several alternatives to an above-ground completion of the freeway, currently disconnected from Alhambra to Pasadena, officials are most worried about the impact of a dual-bore tunnel, which would allow the passage of big trucks and possibly charge motorists a hefty toll, according to Ann Wilson, a La Cañada senior management analyst who also sits on the 710 Technical Advisory Committee.

"I don't even know where to begin to tell you all our concerns on this," Wilson said. "There are a multitude of concerns."

Glendale, Sierra Madre and South Pasadena all have active anti-710 expansion citizens' groups and, with La Cañada on board, might have formed the 5 Cities Alliance as an advocacy group against the proposed tunnel option rather than its current form, a cost- and data-sharing group. The inclusion of Pasadena in the alliance has prevented that, Wilson said.

Pasadena City Council has decided to reserve judgment on the matter until the EIR findings have been studied. That's because in 2001, voters passed Measure A, an initiative that cemented the city's support of the 710 extension, repealable only by another popular vote against it.

La Cañada Councilman Don Voss, who sits on the 710 Stakeholders Outreach Advisory Committee, said it's possible the 5 Cities Alliance might someday become an advocacy group, or inspire a multicity alliance against the tunnel option.

For now, however, the group is simply a partnership of cities with shared concerns and limited time.

"We've all come to realize our issues are common, or at least compatible, and we should seek opportunities to level our resources together," Voss said. "In this case, five heads are better than one."
Newer Post Older Post Home