Air pollution 'too high' in most of world's cities 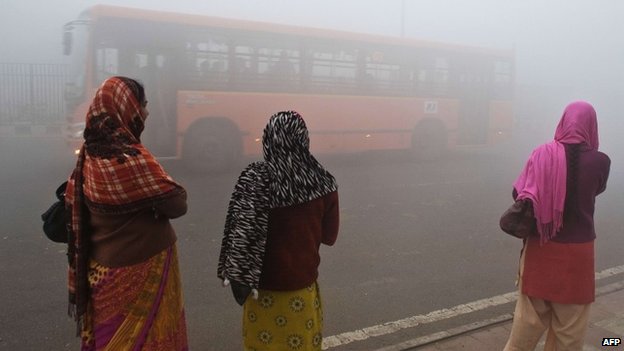 Air pollution in cities such as Delhi is exceeding safe levels, the WHO says.


The World Health Organization says air pollution in many of the world's cities is breaching its guidelines.

Its survey of 1,600 cities in 91 countries revealed that nearly 90% of people in urban centres breathe air that fails to meet levels deemed safe.

The WHO says that about half of the world's urban population is exposed to pollution at least 2.5 times higher than it recommends.

Air quality was poorest in Asia, followed by South America and Africa.

"Too many urban centres today are so enveloped in dirty air that their skylines are invisible," said Dr Flavia Bustreo, the WHO's assistant director-general for family, children and women's health.

"Not surprisingly, this air is dangerous to breathe."

The WHO currently sets safe levels of air quality based on the concentration of polluting particles called particulate matter (PM) found in the air.

But the Urban Air Quality database showed that many areas were breaching these levels.

But the WHO says it is still lacking data, especially from cities in Africa, where poor air quality is a growing concern.

The most recent figures suggest that seven million people around the world died as a result of air pollution in 2012. It is estimated that 3.7 million of these deaths were from outdoor air pollution.
The WHO calls its the world's single largest environmental health risk, and links poor air quality to heart disease, respiratory problems and cancer.

"We cannot buy clean air in a bottle, but cities can adopt measures that will clean the air and save the lives of their people," said Dr Carlos Dora from the WHO.
Newer Post Older Post Home