Residents Chime in on 710 Corridor Project 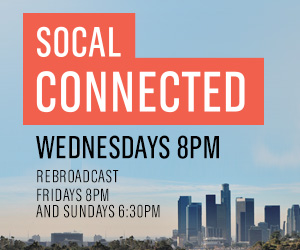 The ports of Long Beach and Los Angeles are the busiest point of entry into the United States. Every day, shipping containers are loaded from cargo ships and put on the backs of trucks -- many which travel right on the 710 Freeway.

The freeway is an integral part of our commerce and global economy, but as port traffic increases and plans to modernize the 710 continue to unfold, what does it mean for nearby residents?
Some residents have expressed concern regarding the long-term health impacts of living along the 18-mile stretch of the 710 Freeway corridor.
Data from the South Coast Air Quality Mana
gement District reveals that high levels of air toxins along the 710 Corridor have been linked to health problems such as decreased lung function, asthma, heart disease, among other serious problems, according to Departures, which is producing a series about the corridor.

In this episode of "SoCal Connected," Derrick Shore interviews residents to find out how they feel about the project.