So How is Traffic on the Brand New, Wider 405 Freeway? 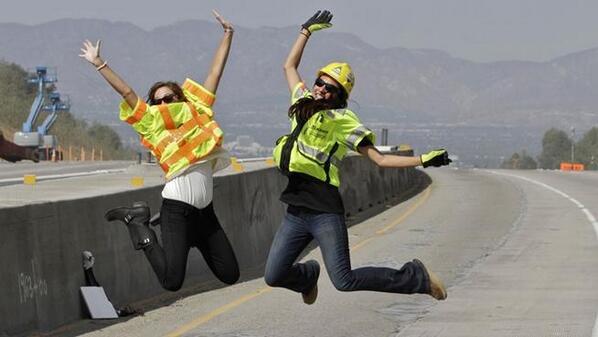 
Jamzilla, Carmageddon, The Rampture, and millions of smaller, unnamed closures on the 405 over the last five years were all leading up to this past Friday and the opening of the updated and widened 405 Northbound, with a new carpool lane stretching all the way from Orange County. So how is it?? The fruits of all those years of construction—on the part of the freeway that's home to the third worst traffic corridor in the nation—received both applause and eyerolls from users on opening day. The mayor, checking out the section by the Getty Center around noon last Friday, told the LA Times it looked like "carvana," but not everyone was so pleased.

All that work on the 405 was totally worth it. Freeway speeds now up to 20 mph.

If you think any infrastructure project will improve traffic in Los Angeles, or anywhere with a traffic problem, you don't understand a lot about urban living.

I sat in gridlock both north and south bound over sepulveda pass. Carpool lanes slower than regular lanes. I posted a sea of tail lights on my face book page and wondered if the whole thing was just a political scam to line the pockets of developers. If traffic relief was the goal, this was an absolute waste.