Action needed to rid us of deadly diesel fumes 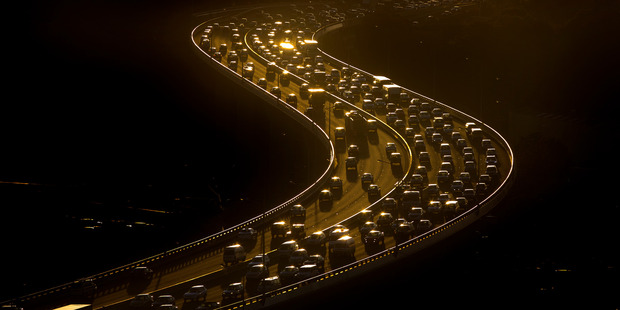 Two years ago the International Agency for Research on Cancer categorised diesel exhaust fumes as class one carcinogens in the same category as asbestos, arsenic and cigarette smoke.

It said the scientific evidence about the harm of diesel exhaust fumes was compelling and its conclusion was that "diesel engine exhaust causes lung cancer in humans".

The reason is that when diesel burns inside an engine it releases particles that stay in the airways and can trigger asthma, bronchitis and other lung conditions, including cancer.

The tiniest particles can penetrate the cells of lungs, enter the bloodstream, deliver toxins to internal organs, affect blood vessels and contribute to heart attacks and strokes.

Children are especially at risk from particulates in diesel exhaust fumes because their organs are still developing and they have a faster breathing rate.

The agency, part of the World Health Organisation, says diesel fumes are as carcinogenic as second-hand cigarette smoke, and has called for urgent global action to reduce exposure.

You would expect a flurry of governmental action in the wake of this rather startling announcement. For while it's possible to avoid second-hand smoke from tobacco, it's almost impossible to avoid exposure to diesel fumes.

Most of our buses and trucks are powered by diesel and the number of diesel cars has risen steadily from 11 per cent of our fleet in 2000 to 17 per cent in 2013. We have one of the oldest, and therefore most polluting, diesel vehicle fleets in the western world.

So far, however, there's been no discernible response from the Government to the WHO announcement. Sure, sulphur levels in diesel were reduced some years ago, and emissions standards for new vehicles tightened in 2008. But these standards only apply to new vehicles since 2008.

Even though tighter emissions standards for diesel vehicles reduce nasty emissions such as nitrogen oxides, they don't get rid of the tiny, carcinogenic particulates at the core of health concerns about diesel engines. Nor do they reduce the carbon that diesel engines emit.

Many cities around the world are switching to electric-powered public transport, such as light rail and electric buses, because they are concerned about the health effects of diesel exhaust and want to make public transport and the urban environment more attractive.

But in New Zealand, where about half our buses were made before 2003 and are dirty and polluting, there's been no similar move - other than the introduction of electric trains into Auckland.

Auckland has so far rejected light rail as a public transport option, while the Wellington Regional Council, incomprehensibly, is proposing to scrap its fleet of 60 clean, zero-emitting, climate-friendly electric trolley buses.

As harmful emissions from diesel buses continue to pollute our inner cities, making them unhealthy and unattractive environments, surely it's time for a rethink.

Auckland has the worst air quality in Australasia and is twice as polluted as Sydney. A recent global report on air pollution found 23 sites in Auckland with dangerous levels of carcinogenic particulates caused by diesel emissions.

This level of air pollution is not only dangerous and unacceptable, it's costing us dearly. Auckland Council estimates the health costs of air pollution at about $465 million a year. Mayor Len Brown recently suggested that the pollution in Auckland is so bad the underground city rail link needs to be sped up to reduce the fumes.

I applaud that. But surely if he is serious about reducing diesel pollution, it's also time to ditch its fleet of dirty, polluting buses, and replace them, over time, with zero-emitting electric buses or light rail.
Newer Post Older Post Home