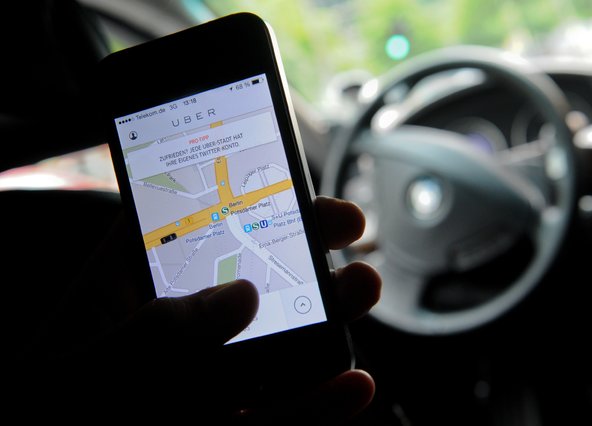 The court ruling in Germany is the latest setback that Uber has faced as it expands globally.

LONDON – The ride-hailing service Uber is about to have a head-on collision with Germany’s taxis and legal system.

A court in Frankfurt has banned Uber’s most popular service from operating in the country until a hearing later this year on the legality of the product, which allows people to use their smartphones to book rides with freelance drivers.

The potential countrywide ban in Germany is the latest in a number of legal setbacks that the San Francisco-based company has faced in Europe and North America as it tries to expand its car service globally.

Uber said it would continue operating in Germany and would appeal the decision.

But Uber faces fines in Germany of up to 250,000 euros, or about $330,000, or its local employees could be jailed for up to six months if the company violates the temporary injunction, which was made last week but came to public light only on Tuesday.

The ruling is one of the most severe legal restrictions that the company has faced in any country since it was founded five years ago. A Brussels-based court in April imposed a €10,000 fine on Uber’s drivers for every ride that they accept in the city.

As part of its ruling, the German court said that some of Uber’s drivers did not have the required permits or insurance to operate as taxi drivers. The ban relates to the company’s low-cost “UberPop” product that connects drivers with potential customers. Uber’s premium product — the so-called Uber Black, which uses luxury sedans and chauffeurs — is not affected by the court’s decision.

Until a final ruling, Uber, a start-up that has been valued at $17 billion and operates in more than 100 cities in 45 countries, may be liable for the German fines each time it violates the ban.

To emphasize that point, the Frankfurt-based court said it would be Uber and its employees — not the drivers — who would face the legal penalties of violating the injunction.

Uber in a statement noted that Germany was one of its fastest-growing markets in Europe and said, “You cannot put the brakes on progress.”

“We believe innovation and competition is good for everyone — riders and drivers, everyone wins,” the company said.

A number of other American technology giants, like Amazon and Google, have also faced legal difficulties in Germany related to the country’s labor standards and strict privacy rules.

Some policymakers, including Neelie Kroes, the departing European commissioner in charge of the Continent’s digital agenda, criticized the court’s decision, saying that it could hamper innovation and reduce competition.

Other analysts, however, said they believed that the court was simply addressing a specific legal challenge linked to how Uber must ensure that all of its drivers meet the country’s taxi regulations.

Masan Turun, a 40-year-old taxi driver in Berlin, said he found the ruling fair, given that Uber drivers do not have to meet the standards required of taxi drivers. “They don’t have to learn any street names, hotels or hospitals,” Mr. Turun said.

Another Berlin taxi driver, Brigitte Holzwarth, 60, said the ruling against Uber was a good start. “So far they haven’t harmed us much, but if they expand, it could become problematic for the taxi industry,” she said. “It is expanding, especially among young people.”

The latest challenge was brought by Taxi Deutschland, a German trade body that has regularly criticized Uber for not complying with the regulations.

Dieter Schlenker, the chairman of Taxi Deutschland, referred to Uber’s business model as a “locust,” and took aim at the company’s investors, which include Google’s venture capital unit.

“Uber operates with billions of cash from Goldman Sachs and Google, wraps itself up to look like a start-up and sells itself as the saviour of the new economy,” Mr. Schlenker said.

Other German taxi groups, which have fought Uber’s rise in cities like Berlin and Hamburg, supported the recent ruling, adding that the start-up should operate by the same rules that apply to other German taxi companies.

“We welcome fair competition and a level playing field for all market participants,” Hermann Waldner, chief executive of the rival European taxi app taxi.eu, said in a statement. “The taxi industry is now more in demand than ever before, and this judgment is a step in the right direction.”

Last month, Uber won a reprieve in Berlin when a court there suspended a ban by the city’s authorities, which had previously ruled that Uber did not comply with passenger safety standards.
This summer, more than 10,000 taxi drivers in cities including Madrid and London took to the streets to complain about Uber, which they said did not comply with local rules regulating the industry.

Taxi drivers and customers in several United States cities have also criticized the company’s tactics. Uber has been accused of trying to poach drivers from rival services like Lyft, and some of Uber’s drivers have been arrested for illegal activities.

Uber says it is increasing competition in taxi markets, particularly in Europe, that have a history of limited competition and high prices.
Newer Post Older Post Home