Coalition says it will offer a 'superior' alternative to closing the freeway gap. 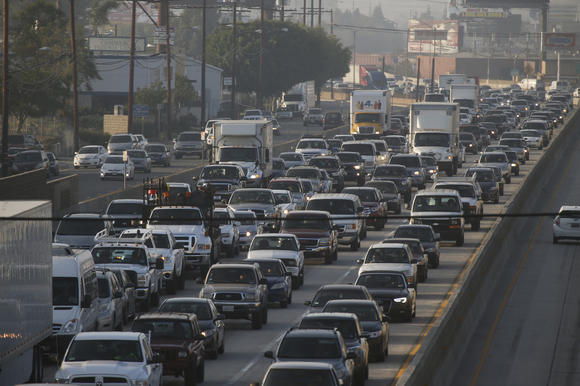 Now that the California Department of Transportation has released its 2,260-page report reviewing the environmental effects of closing the 710 Freeway gap between Pasadena and Alhambra, the public has until July 6 to share its opinions on five alternative plans.

But while residents pen lists of concerns with the report's findings and contracted consultants analyze the data therein, a newly formed cadre of elected officials is working with regional health, safety and transportation groups to develop what they believe will be a more effective and less harmful alternative to the options provided by Caltrans.

Mayors and council members from La Cañada Flintridge, Glendale, Pasadena, South Pasadena and Sierra Madre recently formed the Connected Communities Coalition (C3) to provide policy in a positive direction, instead of fighting a controversial dual-bore tunnel projected to cost taxpayers as much as $5.6 billion.

South Pasadena City Manager Sergio Gonzalez said elected officials in the coalition hope to identify regional transportation projects that, when considered together, would better connect communities along the proposed 710 route and beyond.

Coalition members are in the preliminary stages of analyzing the details of a new alternative that envisions new light-rail commuter and heavy-rail shipping routes, but say more will be revealed in a forthcoming press conference to take place during the EIR's comment window.

La Cañada City Councilman and coalition member Jon Curtis said the group is considering wider regional transportation needs and challenges in an attempt to give area leaders and constituents proper facts beyond those listed in the report provided by Caltrans.

"I think everybody was equally interested in exploring this, and now was the right time," said Curtis, who also represents La Cañada, Pasadena and South Pasadena on the Regional Council of the San Gabriel Assn. of Governments.

In 2012, when details of the proposals for the 710 issue were still unknown, that body updated a transportation master plan designed to map out regional mobility needs through 2035. Now, aspects of Southern California Assocation of Government's Regional Transportation Plan could help guide the coalition's vision for a broader, multicity solution.

"It's something I believe will maybe stop the consideration of the tunnel cold," he said.

Gonzalez said the Connected Communities Coalition plans to submit its alternative proposal as a comment to the 710 report, to which Caltrans is required to respond by law. In addition, each individual city will submit its own individualized comments.

"There are constituents in all our cities who don't want us to sit and wait for the EIR," Gonzalez said. "They want us to advocate."
Newer Post Older Post Home