Piece of Mind: The road toward a sensible future 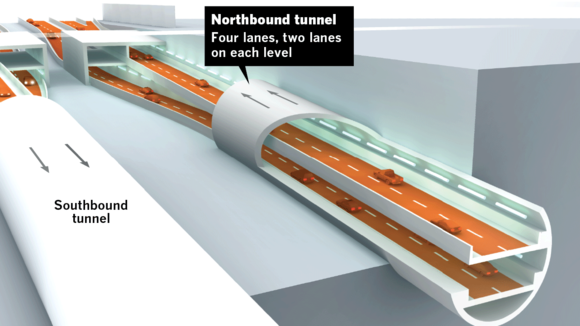 Attachments. We all form them, not only to people, pets, personal belongings and places, but also to our daily routines. Some of those bonds are vital to our happiness; some we could shed.

There’s nothing illuminating in that observation, but I bring it up because I’ve been musing on that subject these past several days, after reading and hearing local reactions to Caltrans’ release of the environmental impact report for the proposed 710 Freeway extension project.

As you no doubt have heard, there are a few options on the table, and among them is a $5.6-billion, 4.9-mile tunnel under South Pasadena that is favored by the city of Alhambra and a host of labor unions. I loved the L.A. Times headline the day the document was released: “Report: Closing the 710 Freeway gap would take years, cost billions.”

I’m completely in agreement with all the folks who say the completion of the 710 is not the answer to our regional transportation issues. I’m not swayed by the desperate banners stretched across Fremont Avenue in Alhambra demanding that the freeway be completed.

The notion of spending multiple billions of dollars to bore and construct a tunnel, should that option ultimately be the decision of Caltrans is ludicrous. It will line the pockets of the people who do the work and will cause the 210 Freeway to be so overburdened by traffic, especially during peak times, that we will all be at a standstill. Imagine that gridlock not only here, where the 210 heads north, but also along the section that crosses Pasadena and cities to its east.

As La Cañada’s outgoing Mayor Pro Tem Don Voss said during a radio interview recently, as it stands now, the 210 is already crammed. Like Voss, I cannot see how the addition of 180,000 vehicles daily, funneled to the 210 through a completion of the 710, would be an improvement to the region’s poor mobility situation.

To complete the 710 to ease Alhambra’s pain is not forward-thinking enough. There must be solutions that improve transportation issues for all of us and surely the best of those mean we should all seriously reconsider our attachments to our cars.

That’s why I love the fact that several area officials are banding together to shape sensible policy. These are mayors and council members from Glendale, La Cañada, Pasadena, South Pasadena and Sierra Madre.

Alhambra is not in that group; officials there seem to be stuck on the idea of just doing what is the most expedient course in their minds: build a tunnel to get the traffic, once and for all, off their surface streets. It seems they’ve focused so long and so hard on completing the 710 that they’re not free to think bigger, and easily imagine other solutions that could have more wide-reaching benefits.

My suggestion: Figure out how to detach people from their vehicles and Alhambra from its tunnel vision.
Newer Post Older Post Home