Sylvia Plummer and the Fight to Stop the 710 Tunnel 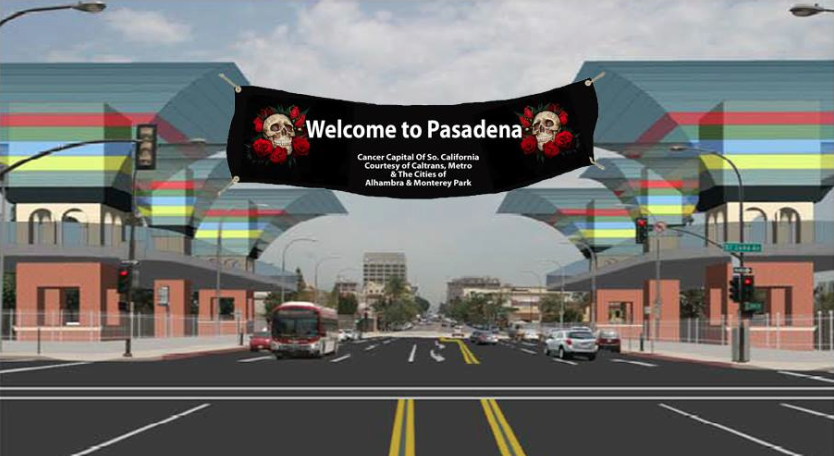 (Mod: Sylvia Plummer sends out these extraordinary e-mails detailing the latest in the fight against the 710 Tunnel. They are reasoned and deeply researched. And it occurred to me that maybe you've never seen her hard work in action before. So I've combined a few of the most recent. As I hope you are aware, Caltrans' so-called process on the 710 Tunnel has reached a critical stage. The fix has always been in on the tunnel, but those who favor it are still trying to convince people that all of this was the logical conclusion of a few hundred meetings that included actual resident input. Which it never was. They just want to leave you with the impression that the 710 Tunnel is the product of a public consensus, rather than a conclusion they came by while ignoring the public. Or at best treating us as little more than a marketing problem.)

We are asking everyone to write a letter to Caltrans and request/demand:

Below this paragraph you will find a sample letter.  You may copy and use the same wording, modify or add to it.  We suggest you write your letter in a Word document then copy and paste your letter into the Caltrans online comment box.  (Caltrans is not accepting any letters by email.)  Save the Word document for your records and email a copy to the addresses shown below.

I am currently reviewing the SR-710 North Study Draft EIR which was released on March 6, 2015, with an 120-day public comment period ending on July 6, 2015.  I am requesting a 60-day extension and two additional Public Hearings.

I would like to submit comments on the DEIR in a timely manner. However, given the size of the entire document, 26,625 pages, the complexity of the DEIR documents and technical reports, and the timing of the DEIR release during the  busy spring and summer holidays, I am requesting an extension of the comment period by an additional 60 days for a total of 180 days. This time frame is consistent with other projects of this scope such as the I-710 Expansion and the High Desert Corridor.  The additional time would allow me to study the report further and to provide better, more informed comments.

To date, only two Public Hearings are scheduled; both are in April, one month after the release of the DEIR.  That is hardly enough time to read 26,625 pages and comment effectively at either Public Hearing.  The third Public Hearing has not been scheduled yet.  I am requesting at least two additional Saturday Public Hearings, one of which must be in Pasadena.

Please contact me with your response by email at:  Your email address, Your Name, Your Address

** The No710 Action Committee wants to keep track of all online comments.  Please remember to email a copy of your letter to:

For helpful instructions on how to respond to the Draft EIR go to No710.com and click on the green " DEIR-Info" button.

Please forward this message to your friends and neighbors.

Pasadena City Council will meet at the Pasadena Convention Center to discuss and vote on:

1.  Pasadena's local preference as an Alternative for the SR-710 project
2.  Resolution opposing the SR-710 Tunnel(s)

Here's an article worth reading from StreetBlog LA written by Damien Newton that tells it like it is.

The things that Damien discusses are just the tip of the iceberg. $40 million of the taxpayers' Measure R dollars went toward producing 26,625 pages and the public will have no better understanding of the project than they did when it began.

*A report with a Metro logo on it dismisses a light rail proposal because it would be too noisy, pollute too much, be too noisy and too ugly*.

"It’s always good to see the media jump on a story. Those six giant exhaust stacks planned for Colorado Boulevard in Pasadena? Eh, who cares? That the tunnel would increase the number of cars on the freeway and local streets, as we’ve just seen happen on the Westside? That’s just a theory. What about what happens if there’s a crash or other disaster in the tunnel? It’s “addressed in the report.”

Read the entire article as well as the comments, here's the link.

Last Monday March 9, 2015, KPCC Airtalk had a segment about this SR-710 project.  Mayor Pro Tem Donald Voss of La Canada Flintridge and Barbara Messina of Alhambra were guests.   It wasn't even a close match.  Voss was in command of the Draft EIR -- at much as someone could be only two days after its release -- and offered reasoned, logical responses to the questions posed to him. Messina, on the other hand offered no facts from the DEIR/EIS, and stated that the air coming out of the ventilation towers would be "virgin air".

Please take the time and listen to this 23 minute program.  It is a MUST for anyone following this SR-710 project and everyone who thought the Draft EIR/EIS would be a valuable, responsible document.

We are currently at 2420 signatures.  If we hit 2,500 during the Draft EIR comment period, it will trigger notifications to Jerry Brown, the California Transportation Commission and the others on the list.

We need you to sign the petition if you have not done so.  Ask your family, friends and neighbors...  all they need is an email account.

"1969 marked the year of strong opposition within cities to urban highways. In Cleveland, they are referred to as the highway revolts."

"Such pressure led to a pledge in April 1970 by (Republican) Governor James A. Rhodes, then locked in a primary fight for a seat in the U.S. Senate, that he would never force a highway on a community that did not want it."

"It does show the strengths that can be found when likeminded communities find common cause to question a decision that was made for them."

We need to see this happening here in Los Angeles County. 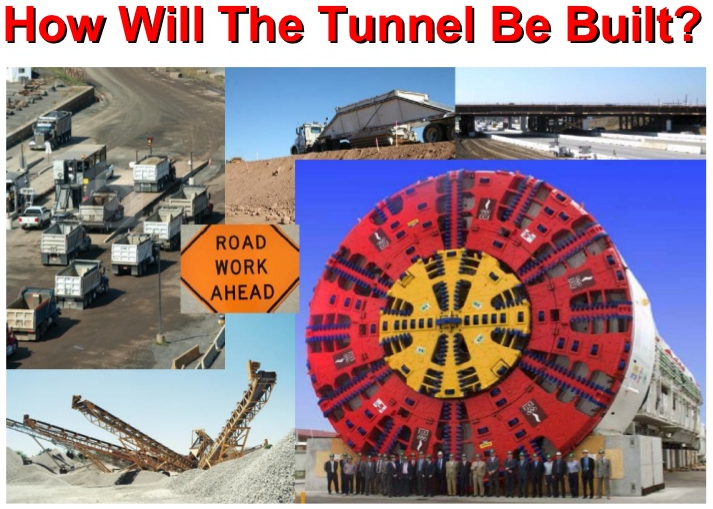 "Governments have tended to support monster projects that may sound impressive but don't always meet economic or social goals."

"Studies show that for the past 70 years, nine out of ten infrastructure projects have experienced cost overruns, delays, and benefit shortfalls," argues the letter's authors, who adds that "this process is beset with other problems like corruption, cost overruns, fiscal accountability, and human rights abuses."

"The G20 infrastructure framework relies heavily on public-private partnerships (PPPs) to build these mega projects. PPPs are not a responsible way to finance or operate infrastructure assets vital to public services when they aggressively downsize the workforce, defer necessary maintenance, and transfer high level risk to local or national governments."

Does it sound like the SR710 Tunnels project?? Link to article here.

Where is the SR710 Study Cost Benefit Analysis?

SR710 Study missing report that Metro does not want the public to see. Metro & Caltrans cannot justify the $5.5 billion cost to build a tunnel.