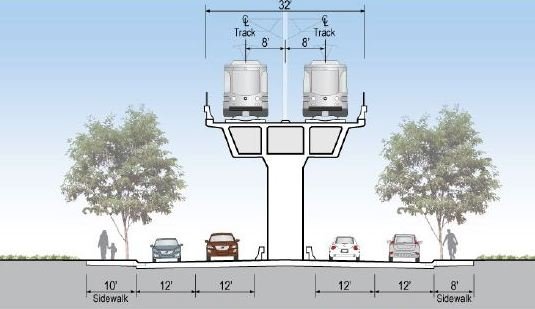 One of the biggest issues facing new County Supervisor Hilda Solis, whose district includes most of the Eastside, is how to close the 710 Freeway gap between El Sereno and Pasadena.  On Wednesday, Solis, who replaced Gloria Molina as Supervisor of the First District, hinted at her preferences and concerns about the alternatives now being considered.

In addition to serving as a county supervisor, Solis also sits on the board of Metro,  the county transportation agency that is currently holding hearings on alternatives to close the gap or at least reduce traffic congestion and improve transportation in the area. The options now being reviewed  include building freeway tunnels,  high-speed bus lanes,  light-rail service between East L.A. and Pasadena  and  street improvements, traffic signal upgrades and enhanced connections to existing bus service.  One of the options is to leave things as they are.

The proposal to build a pair of double-decker freeway tunnels from El Sereno, where the freeway ends, to Pasadena has proven the most controversial.  While she has not rejected the tunnel option,  Solis, a former U.S. Labor Secretary and Congresswoman, noted that it would be the most expensive option.

“If you are talking about using your funds wisely for the best and most public good, I want to look at other alternatives,” she said. “I would like to see other modes of transportation. We can relieve [traffic] pressure in other ways.”

But Solis, who is regarded as a strong ally of labor, said that other large transportation projects across the county would also create jobs if the freeway tunnels were not built.

Solis called for more public hearings after many residents and business owners in East Los Angeles raised concern that an elevated light rail line  would be too disruptive in a community that has been sliced by several freeways. Many have noted that businesses along Third Street struggled and some failed when the Gold Line was constructed through the area.

“Businesses have come forward and have said they don’t want to be displaced,” Solis said. “Let’s make sure we do it right.”

Metro and Caltrans are holding public meetings and accepting public comments on a draft environmental report about the 710 Freeway alternatives being considered.