More than 100 residents from potentially impacted communities voice their concerns. 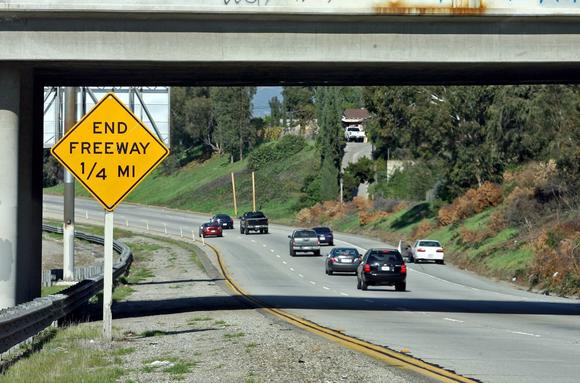 Accommodating the traffic demands of a population that has swelled beyond the load limit of LA’s freeway systems is proving to be a zero-sum game — at least in the case of the 710 Freeway extension project.

On Wednesday, 126 residents attended a public hearing at La Cañada High School to share their viewpoints on alternatives being considered by the California Department of Transportation and the Metropolitan Transportation Authority for connecting, or addressing the problems of, a 4.5-mile gap between the 710’s two end points in Alhambra and Pasadena.

While discussion about the undoubtable need for a regional solution to traffic woes was hearty, no single answer or plan rose over another, with each alternative presenting problems to different stakeholder groups.

The hearing was the third of five planned, so far, by Metro officials, who recently scheduled the fifth to be held sometime in June. Residents are asked to weigh in on any of the five options being analyzed in a draft environmental impact report — a 26,625-page document with appendices — before the public comment period ends July 6.

Producing the report and holding hearings throughout the study area cost about $42.5 million, according to Metro spokesman Paul Gonzales.

The alternatives range from a “no-build” option to variations of a 4.5-mile double-decker tunnel estimated to cost between $3.15 billion and $5.65 billion.

In between are options for bolstering traffic signals, creating a rapid bus line and making light-rail infrastructure upgrades.

The majority of the comments came from Glendale, La Crescenta and La Cañada residents who largely oppose the tunnel plans because of the potential environmental, health and economic burdens they would bring to the area.

That camp questioned Metro’s findings that tunnels would improve air quality and commute times without posing a significant risk to community health, and they demanded a cost-benefit analysis for the alternatives, which was promised but has yet to be delivered.

Glendale Mayor Ara Najarian asked why the executive director of the Southern California Assn. of Governments, which was to provide unbiased traffic flow data crucial to the EIR’s estimations, has spoken publicly in support of a tunnel option.

“How wrong is that?” he asked. “If I can’t get an answer from Metro, I think we have to convene a civil grand jury to find out what’s going on here.”

Some commenters envisioned a better, cleaner solution not reliant on mass automobile transit.

“It’s time that we built a project the entire region could embrace and support,” said former La Cañada City Councilman Don Voss. “Let’s build something that will make our grandchildren proud, not sick.”

Residents from other affected areas, including East Los Angeles, Monterey Park and Alhambra, discussed the pros and cons of tunnels, light-rail system build-outs and bus-line improvements and how each would impact health, commute times and economics in their neighborhoods.

“Extending any above-ground rail anywhere will destroy more neighborhoods and displace businesses,” said Matt Williams of Monterey Park. “So, at this point, it has to be a tunnel. Why are these 5 miles we’re fighting over so exceptional? No one should be exempt from the transit burden.”

Some East L.A. residents warned the audience that any building projects in their neighborhood would be detrimental to an already over-burdened populace.

“We live in pollution and sickness, and Caltrans and Metro have for a long time violated our human rights,” said East L.A. resident Martha Sandoval-Hernandez, adding that she and both her grandchildren suffer from asthma.

“Every time you talk about putting another project in East L.A., you’re talking about lives. I’m asking for your mercy,” she said.
Newer Post Older Post Home