enovation of the Coliseum and the creation of athlete housing along the LA River, but the Games could also help get two pivotal transportation projects finished years ahead of schedule. The LA Times reports that Metro has officially asked to participate in a pilot program from the Federal Transit Administration that would kick the construction into overdrive on the Purple Line extension and speed up work on the Crenshaw Line's connection to LAX so that both are done in time for the 2024 Games that LA might be hosting.

The LAX/rail connection would link the Crenshaw Line stop at Ninety-Sixth Street and Aviation to a people-mover train that will take riders to a transit hub, a rental car facility, and the terminals at LAX. The Crenshaw Line is expected to open in 2019, but the link to LAX is currently scheduled to open four years after the Olympics, in 2028. If Metro's approved, it would be finished in time for the 2024 Games.

The Purple Line extension is presently planned to open in three sections: the first will run from Western to La Cienega along Wilshire, due in 2024; the second will go from La Cienega to Constellation Avenue in Century City, due in 2025; and the last phase would travel all the way to the Veteran's Affairs campus in West LA and be ready by 2036. The completion of the subway to the VA would pass UCLA, an Olympic venue for sports like water polo.

2036 is 12 years too late for the 2024 Games, but with federal approval and an "extremely aggressive" construction schedule that would allow for "concurrent construction" of all three phases of the subway, the Purple Line could be up and running on May 31, 2024, according to a draft schedule included with Metro's request to join the pilot. That's six weeks before the start date of the Olympics proposed in the bid book.

The Times notes that winning an Olympic bid often spurs new transit projects, noting that when Salt Lake City won the bid for the 2002 Winter Olympics, they hustled to get two light rail lines running in time for the Games. But LA hasn't won yet; that decision won't be made by the International Olympic Committee until 2017.

LA Builds a Billion Dollar Subway … Then What? PLATKIN ON PLANNING-If you want a sense of how much Los Angeles has changed in the past 30 years, you could hardly do better than compare current subway and related land use planning in the traffic-clogged Miracle Mile/Fairfax area of Los Angeles, to the early 1980s, when a similar project was proposed, carefully planned, and nearly constructed.

Beginning in the late 1920’s, the Miracle Mile was Los Angeles’s upscale, suburban department store destination, but by the 1980’s that era had ground to a halt.  By then the Broadway, Ohrbach's, and the May Company struggled to stay open. Going-out-of-business sales marked their end once the Beverly Center and Beverly Connection shopping centers opened less than a mile from LA’s premier transit and commercial corridor, Wilshire Boulevard.

Later, the construction of a third shopping center, The Grove, also less than a mile away, almost sealed the fate of this busy corridor. In addition to museum construction, such as LACMA, the City and County’s other strategy to revive this section of the Wilshire Boulevard Corridor was mass transit.

This is why the original MetroRail Red Line (since renamed the Purple Line) subway did not stop at Western, but was routed west on Wilshire Boulevard and then north to Fairfax Avenue, where it joined Santa Monica Boulevard, and from there circled back to Hollywood and ultimately Universal Studios and North Hollywood through the Cahuenga Pass.

The planning for this previous subway alignment was detailed and extensive. Paid for by the Southern California Rapid Transit District – now called METRO – beginning in 1981 Los Angeles city planners, SCRTD staff, and a team of private consultants held numerous public meetings in each of the proposed station site areas, including Wilshire/LaBrea and Wilshire/Fairfax. Furthermore, these station areas extended a quarter mile from the subway portals in terms of data collection, outreach, circulation and design, and specific public policies and programs, including transportation and land use. Furthermore, the SCRTD contracted the Los Angeles Department of City Planning to prepare 13 detailed Specific Plans for each of the neighborhoods surrounding the proposed MetroRail station.

These Specific Plans were based on extensive community analysis and outreach, and each was assessed through a separate Draft Environmental Impact Report. Completed in 1985, these Specific Plans and their EIRs, not only included land use regulations, design guidelines, and local linkages to each subway station, but they capped overall real estate development in station areas to street capacity, Transportation Demand and Transportation Systems Management programs, and finally the operation of the subway itself.

Because of the extensive efforts that went into these Specific Plans, they were deliberately designed to function even if the subway’s alignment changed.

This, in fact, is almost what happened. But, because of a methane explosion in the Fairfax area, Rep. Henry Waxman introduced legislation that barred Federal transit funds from the alignment in the Miracle Mile and Fairfax areas.

Even though SCRTD officials then argued that subway tunneling could be safely conducted in these areas, this did not deter the Federal legislation. Why? The presumed reason for the construction ban was not really methane, but opposition to the original Wilshire/Fairfax alignment from influential homeowners groups, especially in Hancock Park.

As for the Specific Plans themselves, their primary opposition most likely came from large commercial real estate interests in the Wilshire Corridor and Fairfax areas. They did want their future real estate speculation constrained by new zoning restrictions that linked building height and density to street capacity. With both the subway alignment and the Specific Plans disposed of, the Fairfax area, which had large amounts of low density and open land near the Farmers Market, was transformed into The Grove.

Had the Specific Plans remained, The Grove would have been substantially smaller because it is not located on a mass transit corridor, nearby streets are highly congested, and it does include TSM and TDM programs.

Furthermore, all of the Planning Department’s 13 station area Specific Plans were dropped, not just those prepared for the the abandoned stations, such as Wilshire/LaBrea and Wilshire/Fairfax, that were subject to Congressman Henry Waxman’s funding ban. These developments strongly suggest that the land use constraints of these Specific Plans, not subway construction safety issues, were the deep political reasons for throwing these Specific Plans overboard.

This is why the current Red and Purple Line alignment only has one specific plan, at Vermont and Western.

Another legacy of this scuttled planning process is City Planning’s land use and landscaping plans for the Exposition and Crenshaw light rail corridors. There is a critical difference, however. The Metrorail plans limited real estate projects to street capacity, while the new plans are designed to promote, not restrict, development fostered by transit.

This history is particularly ironic because METRO was eventually able to overturn the Federal legislation and revive the extension of the Wilshire Purple Line subway from its terminus at Wilshire and Western to the Beverly Hills city boundaries at LaCienega. It is further ironic because the nearly three-mile stretch on Wilshire Boulevard, from Western to Fairfax, has already been extensively studied and planned. In fact, all of the planning and environmental documents are still available. The Specific Plans and EIRs for the Wilshire-LaBrea and Wilshire-Fairfax neighborhoods could easily be updated from where the planning and environmental processes were frozen in time 30 years ago.

Furthermore, there was recently a proposal to revive the transit corridor on Fairfax Avenue, from Wilshire Boulevard to Third Street. It is Rick Caruso’s proposed extension of The Grove’s hokey block-long tourist trolley onto local surface streets, especially on Fairfax and on Third. If built, his shopping center would be connected to the Miracle Mile and to the Beverly Center. While running a fixed rail trolley down the middle of busy commercial streets is a gimmick that has nothing whatsoever to do with any adopted land use or transportation plans, we can at least say it has one thing in common with the revived subway alignment on Wilshire Boulevard.

It is based strictly on an impulsive, short-term, research free approach to planning a city. Instead of turning back to the SCRTD’s approach of extensive community outreach, followed by Specific Plans for communities adjacent to transit stations and transit lines, it totally abandons any systematic land use and transportation planning, and just wings it with separate projects that are treated in total isolation from each other.

Now, each project simply advances in isolation from each other and the surrounding community. For example, what are the cumulative impacts of these two transportation projects, the Purple Line and the Caruso trolley, on each other? And, what about their relationship with the re-engineering of Wilshire Boulevard for a Bus Rapid Transit System? What about the many new commercial/residential projects on Wilshire Boulevard? What about several new projects on Fairfax Avenue, to the north and south, such as the Shalhevet School? What about extensive construction on LaCienega, where another Purple Line station will be constructed?

What about the massive traffic jams created by The Grove, the Beverly Center, the Beverly Connection, Restaurant Row, Cedars-Sinai Hospital, Pacific Design Center, and numerous stores and restaurants on Third Street?

To even ask these obvious questions is to stare bug-eyed at our elected officials and the professional engineers and planning managers they hire. When, if ever, will they make a rudimentary effort to connect these many dots, like their predecessors did only several decades ago? 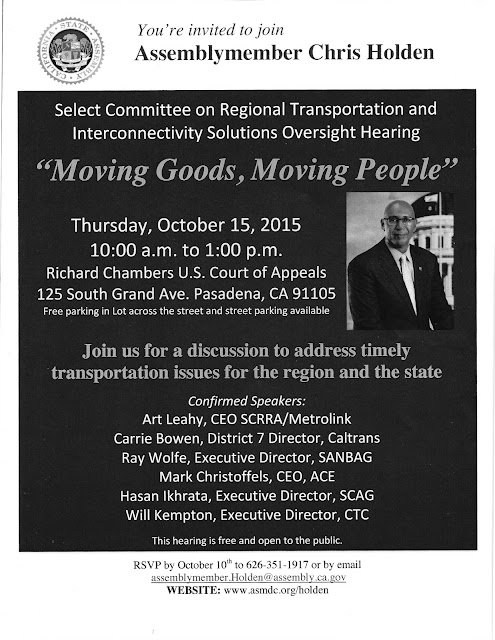