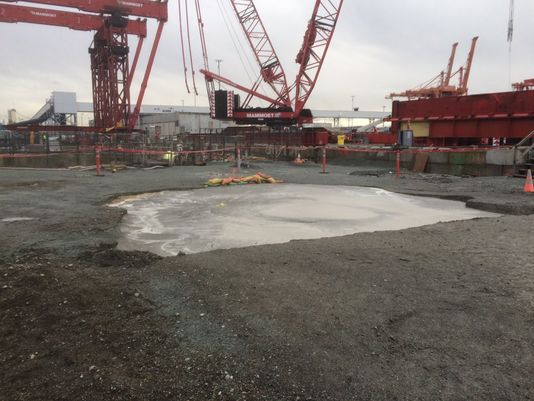 SEATTLE -- The Highway 99 tunnel boring machine Bertha will not resume digging anytime soon.
The state said Thursday it will not let Seattle Tunnel Partners resume work until it gets better answers as to why a sinkhole suddenly formed earlier this month.

Governor Jay Inslee suspended drilling January 13. Last week the contractor sent the state more than 60 pages to explain why the sinkhole formed, but the state said the explanation was insufficient.

“We're all eager to get this project completed, but we have to understand the safety concerns of this. I've heard the contractor sort of downplay the significance of sinkholes, like no big deal. Well excuse me, a sinkhole under the viaduct or a brick building in Seattle is a big deal,” said Inslee.

There is no word yet who - the contractor or the state -- will pay for the delay.