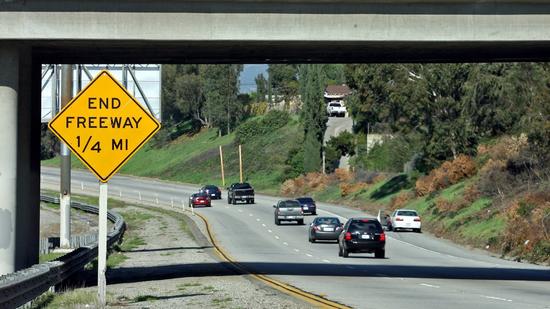 The disagreement marks another chapter in a tale of two perspectives about whether a multibillion-dollar tunnel project would be a boon or a burden to cities along the 710 and the Foothill (210) freeways and whether local elected officials should weigh in for or against it, or not at all.

Representatives from La Cañada Unified and neighboring school districts recently drafted a joint resolution opposing a potential tunnel extension of the Long Beach (710) Freeway for the negative impacts they believe it would have on student and employee health.

They hoped the message that school leaders from La Cañada Flintridge, Glendale, Burbank, Pasadena and South Pasadena — assembled collectively as the 5-Star Education Coalition — had regional concerns about the pollutant effects of the 4.5-mile underground passage proposed by the Metropolitan Transportation Authority would sound alarm bells to state lawmakers and compel the agency to refine its plans.

But that hope was scuttled Friday when Pasadena Unified School Board member Larry Montes opted not to support the resolution, blocking the unanimity required for the document to be officially adopted by the coalition.

The disagreement marks another chapter in a tale of two perspectives about whether a multibillion-dollar tunnel project would be a boon or a burden to cities along the 710 and the Foothill (210) freeways and whether local elected officials should weigh in for or against it, or not at all.

La Cañada Unified Governing Board Member Ellen Multari, whose district passed its own resolution against a tunnel option in July, believes the adverse impacts the project and its construction would bring to students, school staff and families is unquestionable and merits opposition.

"I think this is a bit more of a show of strength among the five of us," she said of the resolution when it was still being drafted, indicating all five member cities seemed interested in going that route.
"That's why the 5-Star was created — so we could have power collectively that we don't have individually."

But to Montes, the wisdom of educators speaking out against the project wasn't quite so clear. When he took the resolution back to the PUSD board for input at a March 10 meeting, he confessed he wasn't certain the 710 issue was relevant to educating children.

A former teacher in the Los Angeles neighborhood of El Sereno, Montes expressed his belief something needed to be done to address "the exceedingly troubling" problem of street traffic in and around Alhambra and surrounding environs.

"I'm of the opinion, probably where most folks are, that something needs to happen," Montes told the board. "I'm not sold that a tunnel is the answer, but I'm also questioning whether or not for me, as a school board member, this is a child-related issue."

His fellow board members largely agreed.

"I am personally opposed to the 710 tunnel, but I kind of agree with Larry," board member Patrick Cahalan said at the meeting. "I don't see this is an area of governance that we should be weighing in on as a school board. I also don't think there's a clear impact here that has to do with education."

Glendale school officials were of a different mindset Tuesday, when they unanimously approved their own resolution opposing the tunnel in anticipation that the 5-Star Coalition's resolution would follow.
"We are a part of the impact, there's no question about it," board member Greg Krikorian said at the meeting, according to the Glendale-News Press.

Multari remained firm in her district's conviction that the tunnel could pose a health risk to many schools situated near the 210 Freeway, which would see an increase in truck traffic were the 710 gap filled.

"We felt it was a legitimate concern for our districts to address," she said in an email Tuesday.