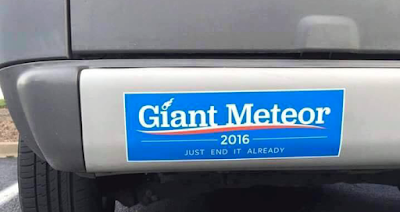 The Pasadena Star News has an article up today that talks about what has become a very close race for the 5th District Los Angeles County Supervisor seat. With tens of thousands of ballots still to be counted, it is anybody's guess who the second candidate on November's ballot will be. Needless to say, The Tattler has an opinion about who it definitely should not be, and I am going to share that with you. Why else would I be doing this? First check out what the PSN is laying down. (link):


Second place in LA County supervisor 5th District race too close to call: The close race between a businessman and a state senator to appear on a November runoff ballot for a seat on the Los Angeles County Board of Supervisors got a little closer Friday, but is still far from being decided.

But with thousands of ballots still remaining to be counted, it remained too close to determine if Park or Huff would make it to the November ballot to square off with Antonovich chief of staff Kathryn Barger, who finished first on Tuesday’s ballot.

More than a half-million provisional and vote-by-mail ballots from across the county still need to be counted. About one-fifth of those are believed to be from the Fifth District.

Here is how one observer puts what is at stake. "Bob Huff is a businessman and politician. At one point he was the California State Senate Minority Leader and Senate Republican Leader from January 5, 2012 until to August 27, 2015. He is now seeking to take over all of termed-out Supervisor Michael Antonovich's shady deals. This includes the 710 Tunnel. Bob Huff is a carpetbagger candidate who moved in the spring of 2015 from Diamond Bar to San Dimas, putting him just inside the boundary for LA's 5th Supervisorial District."

The 710 Coalition, a Metro-Caltrans front organization designed to create the illusion that there is actual populist support for the 710 Tunnel, posted the following letter from Bob Huff to SCAG premier Hasan Ikhrata on its Facebook page last January (link). It is a very strange document written in support of the tunnel. 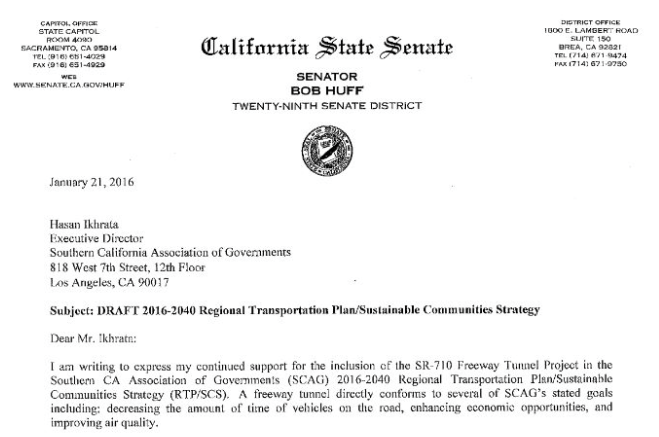 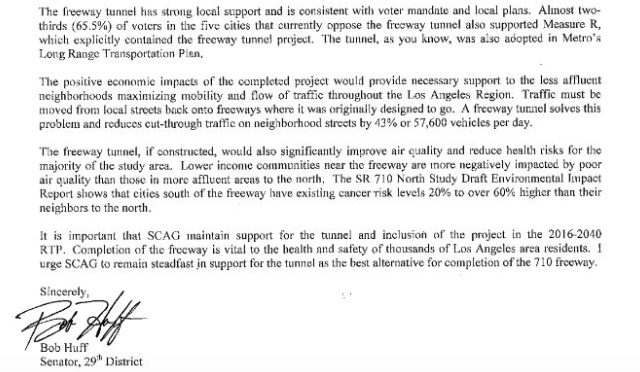 I thought I would pull a paragraph out of this troubling document because in my opinion it truly is horrifying.

"The freeway tunnel, if constructed, would also significantly improve air quality and reduce health risks for the majority of the study area. Lower income communities near the freeway are far more negatively impacted by poor air quality than those in more affluent areas to the north. The SR 710 North Study Draft Environmental Impact Report shows that cities south of the freeway have existing cancer risk levels 20% to over 60% higher than their neighbors to the north."

Did you catch that? Bob Huff is actually discussing 710 Freeway cancer concerns like it's a civil rights issue. Rather than dealing with this as the regional health crisis that it is, Huff instead appears to be advocating for a kind of cancer equality for the areas both north and south of the proposed tunnel.

Huff's apparent solution being to spread that cancer risk by funneling massive amounts of diesel truck Los Angeles port traffic north. This would be accomplished by running it through a tunnel built underneath Pasadena and out into the "more affluent" San Gabriel Valley.

In other words, this guy wants to kill us in the name of a more democratic cancer equality. A kind of "cancer class warfare" as it were.

While I'm not completely certain, it could be this guy is dangerously nuts. Pray that he loses.

Comrade Hasan Ikhrata
It really is no wonder than Horrible Huff's letter was penned to SCAG supremo Hasan Ikhrata. Here is a brief refresher course about what this fellow means in our part of the world (link). 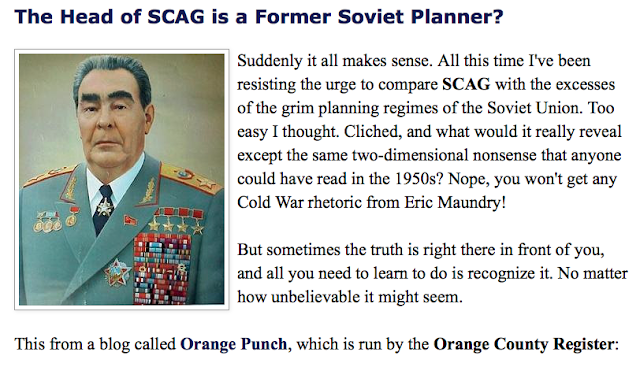 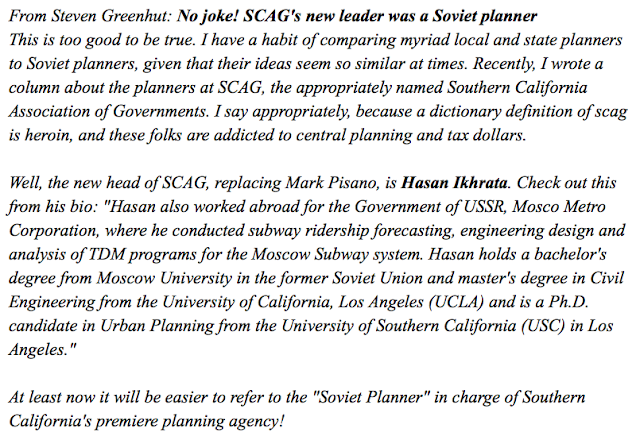